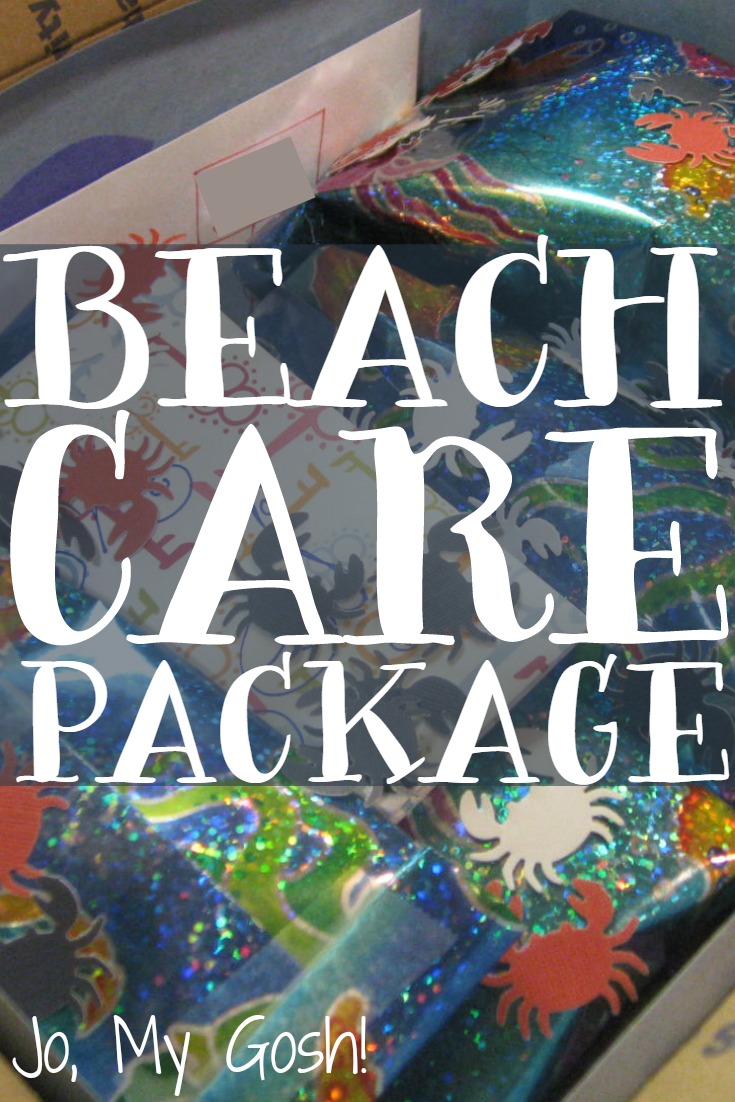 I’m a little ashamed to admit that I’m blogging while the hot messes from TLC’s American Gypsy Weddings are strutting their scary, scary stuff on screen. I need to kick my addiction to awful TV shows… but they’re so entertaining! How can you pass up a show with quotes such as, “I’mma marry my first cousin” and “If if you shine a light in their face,  they’re gonna get ‘muskert'”? What does that mean? I have no idea. I don’t know if anyone does. But they DO have a tanning bed in the nursery, so there’s that.I didn’t mean for John to get another box so quickly. I was hoping that he would get it this Saturday, but USPS is on their game, and it got to him on Wednesday– just five days after I sent it.  So, without further ado, I give you the Beach Box! 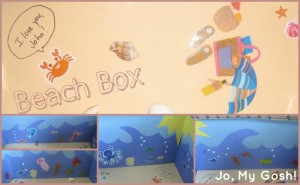 I had meant to send this in the summer, but I ended up sending other, unplanned boxes, so this one just didn’t make it into the line-up until last week. It’s by far my favorite package so far. I had decorated it in June, just after John left, and I could not wait for him to see the inside. I thought it was cute.

This was the message on the four inside flaps. Cheesy, probably… but I like it! 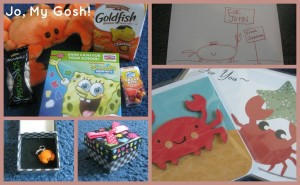 The items were from all over the place– Amazon, Etsy, Walmart, and LebCo’s one and only Smitty’s!You’re probably wondering what the deal with the crab is. Last fall, I sent John a flip book that I had drawn with a little dancing crab on it. Why? Because I can’t really draw anything else… but I knew I could draw a stick figure crab. And it fits! We both lived on the Chesapeake– I’m in Baltimore, and John was in VA Beach. Since then, our little crab has adorned most letters and post cards that we send back and forth. He’s a cute little guy, and he’s fun to doodle… especially in faculty meetings.

Here’s the finished product! I wrapped everything with ocean critter wrapping paper, threw in crab confetti that I found on Etsy and a CD of this summer’s top hits, and colored the outside of the box. Boom. Roasted.