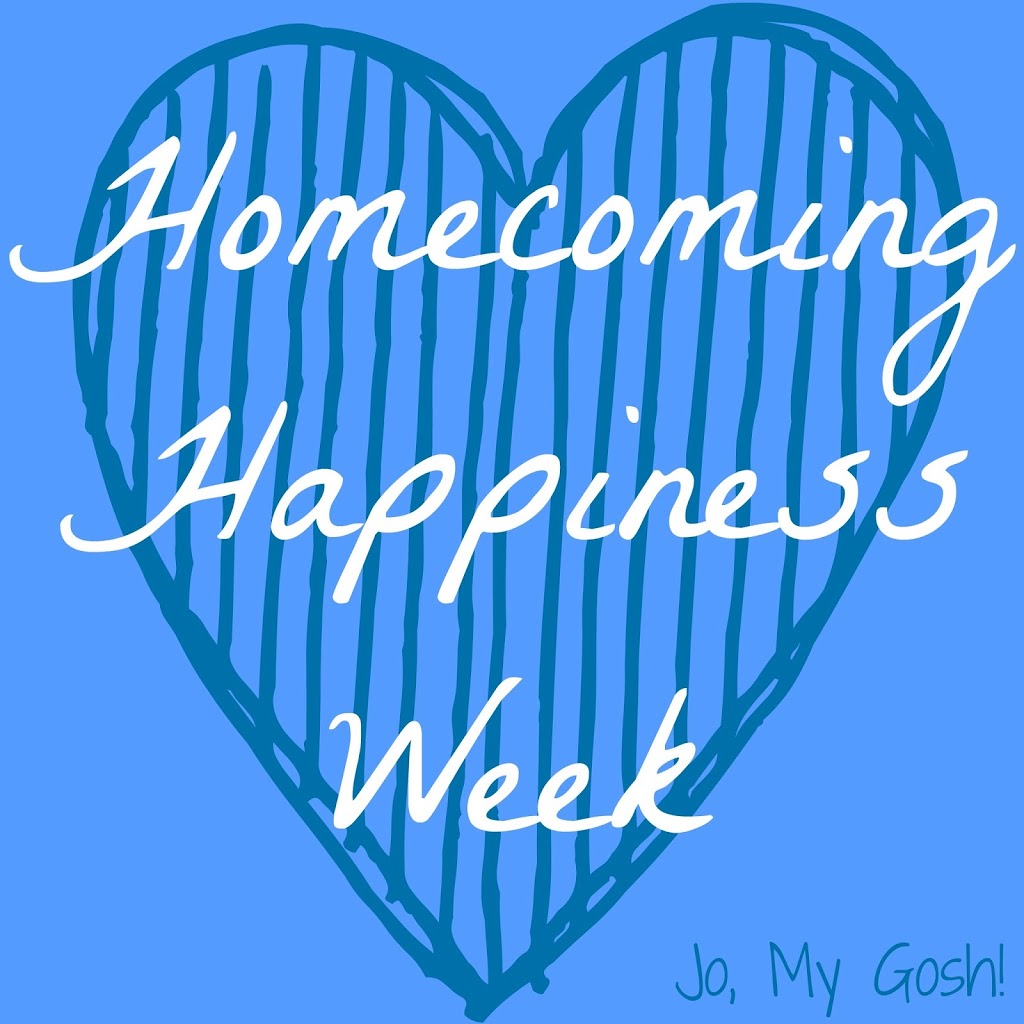 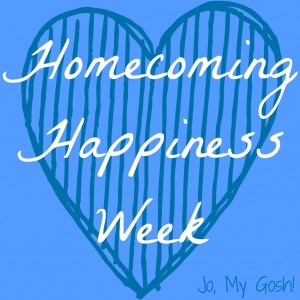 John is coming home from his year-long deployment to Afghanistan! It’s really, really happening! In fact, by the time you read this, he may already be home! This week, I’ve got some of my wonderful blogging friends who are sharing their variations on the theme: homecoming.
I’ll be back sometime during the week (or early next week) with pictures and at least one post about John’s homecoming. Until then, I’ll be off the grid, enjoying some much overdue time with my fiance.

Hi, I’m Natasha. I am a grad student, avid DIYer, artisan, and blogger. I love writing about crafting, travel, and history, and I have my man talked into food blogging with me when he gets home from deployment!

For me, the worst sight in the world is my man’s back, sea bag over his shoulder, walking down the pier. That sea bag means this isn’t just a day at work, and the hardest part isn’t just that he’s leaving – it’s that his being gone is about all I know for certain. My man is a submariner, and they don’t call it the silent service for nothing. Furthermore, he is on a fast attack sub, the most notoriously schedule-changing creatures in a world of unpredictability. This means that when he heads out, I don’t know where he’s going, when he’ll be back, or even when he’ll be allowed to send an email.

But, in spite of all this not knowing and uncertainty, things have a way of working out. Plus, loving a military man really teaches you to appreciate your time together! You literally never know when he could be unexpectedly called away, not to mention the known extended absences. 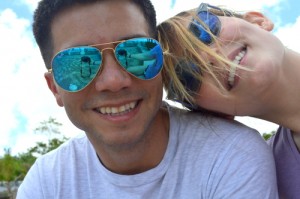 We’d tentatively hoped for a liberty port safe enough for me to visit, but things hadn’t really worked out through most of the deployment, Suddenly, about five months in, I found out that I might, in fact, be able to visit. I say suddenly because there were quite literally three days between when plans were finalized and when I left! It was an emotional roller coaster ride. I got everything lined up and purchased on Monday. Then, I got an email saying the whole thing was off, cancel all reservations. I did, assisted by lots and lots of tears.I received an email saying don’t cancel yet, it may still be happening, just a few days later. Ok…I got an email saying nope, it’s game on, only even sooner! Actually, the highly specific email I received from him told me to rebook the tickets but “maybe with different dates.” Very helpful.
Three days later, I boarded the plane, very excited and more that a little nervous. Would he be there when I arrived? When were they leaving? Was I about to fly literally around the world to see him for one day? And how would things be between us? I hadn’t seen him in a very long time and he’d already been on deployment for over five months. A retired submariner classmate of mine once explained that “If you’re not funny before you go on a sub, you will be by the time you get back.” Great. 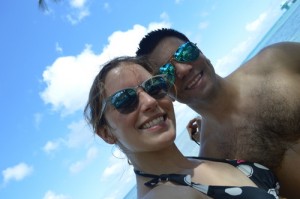 In the end, everything worked out amazingly. It was like our own mini homecoming in the middle of the Pacific. When I arrived, travel worn he really, truly was there at the airport to greet me. Not only there, but (I have to brag a little) with roses in hand. Oh, and he had a big bottle of water, too, because he knew I’d be dehydrated after the long plane ride. What a guy! He was the one on deployment, but he acted like I was the one who deserved special treatment.
It sounds cheesy, but the three and a half days we ended up having together were the happiest days of my life. I was really afraid things would be awkward between us after so long, but they weren’t, at all. He was just as amazing as I remembered and every single moment was precious. We hiked, snorkeled, swam, went to the movies, had dinner out, sipped coffee, and generally did all the normal people things we hadn’t enjoyed together in far too long. I pretty much grinned like a maniac the entire time, and he adjusted remarkably well to seeing actual daylight. 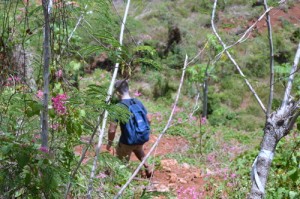 In some ways, seeing him made me miss him even more. He had duty the day before they left port and it was so hard to drop him off on base and drive away, knowing he’d be so close, yet totally inaccessible, for the next day before departure. But I also knew something else – this deployment hasn’t changed who we are as people or how we feel about each other. No, that’s not true – I firmly believe we are closer, better, and stronger because of it. I also know that I’d wait all that time over again, and more, for him because he’s worth every minute of it. I’m still waiting for him and don’t know, for sure, when he’ll be home, but I know I’ll be there at the pier when he does. 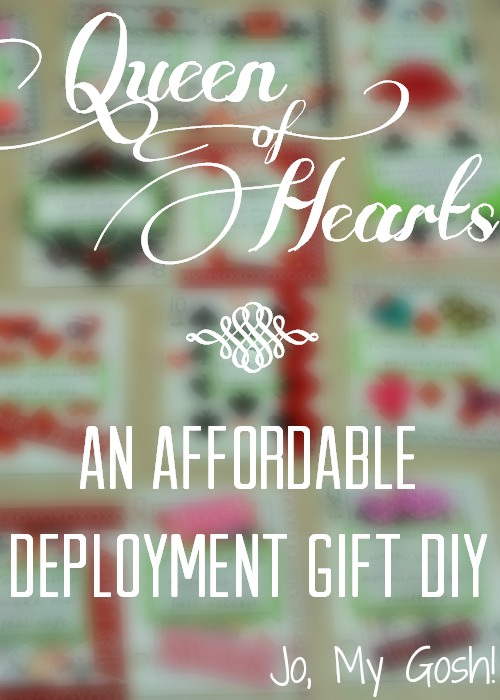 A few weeks ago, a wonderful reader, Megan sent me a series of emails containing pure gold. I mean that in the truest sense 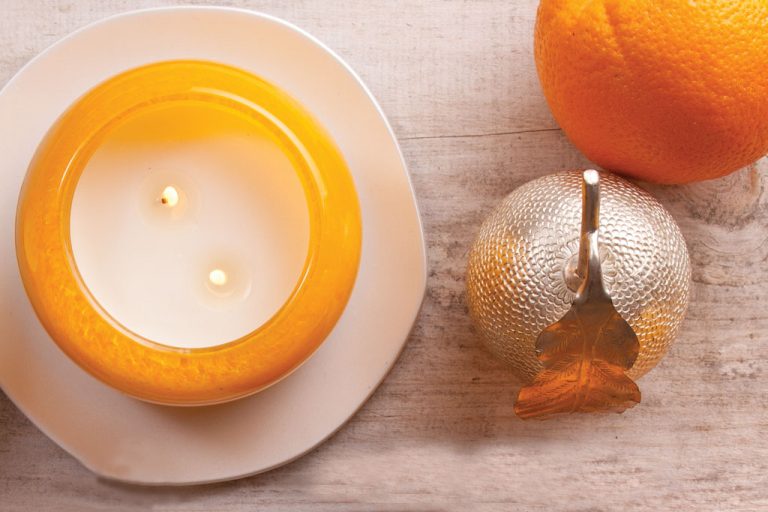 How to Make Your House a Home After a PCS

This post is sponsored by Chesapeake Bay Candles. All work and opinions are my own. For military families, moving is just part of life. Every 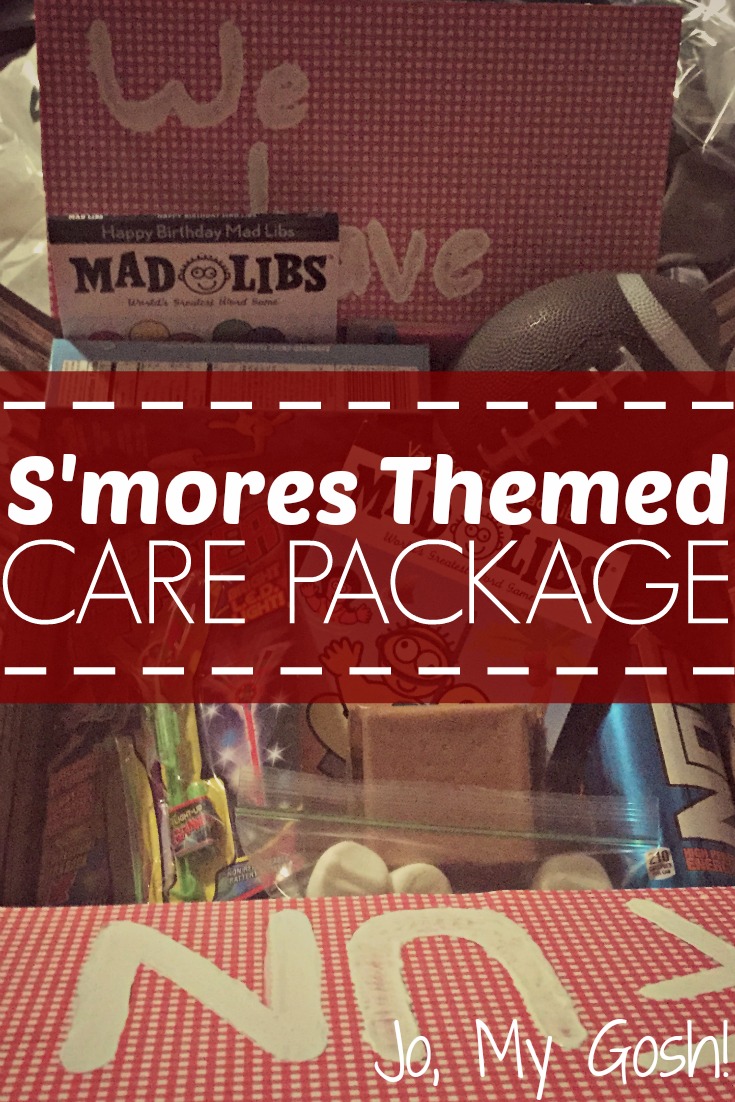 I absolutely adore when I wake up to emails bursting with photos of care packages from readers. It’s awesome and one of the best things