As a 2019-2021 Military Family Advisory Network Advisory Board Member, I had the chance to write about John and my very first Christmas as a married couple. This is the second post in a series titled The Resiliency of Military Families: Sharing the Whole Story.

It was the first Christmas of our marriage.

It also happened to be the first and only time I had eaten Christmas dinner on the floor.

John and I had been married for five months but already had one PCS, one C School, two apartments, two totaled cars, and a new car purchase under our belts. Oh, and I was newly unemployed, having left my job as an educator to move across state lines to be with my husband. It had been a crazy five months.

Our bank account and emotions were a little raw.

We had just moved to John’s next station less than two months before Christmas. He was getting used to his new command and the shifts which rotated every week. It was no surprise that he would be working Christmas Eve and Christmas Day, but still, when it was official, I couldn’t help but feel a little sorry for myself. He’d work a 12-hour shift on both days, which left him with just a tiny bit of time at home between travel to and from his command and sleep.

Still, it was definitely better than last year, I reminded myself, when he was deployed to Afghanistan and mortars interrupted our Christmas Day Skype session. 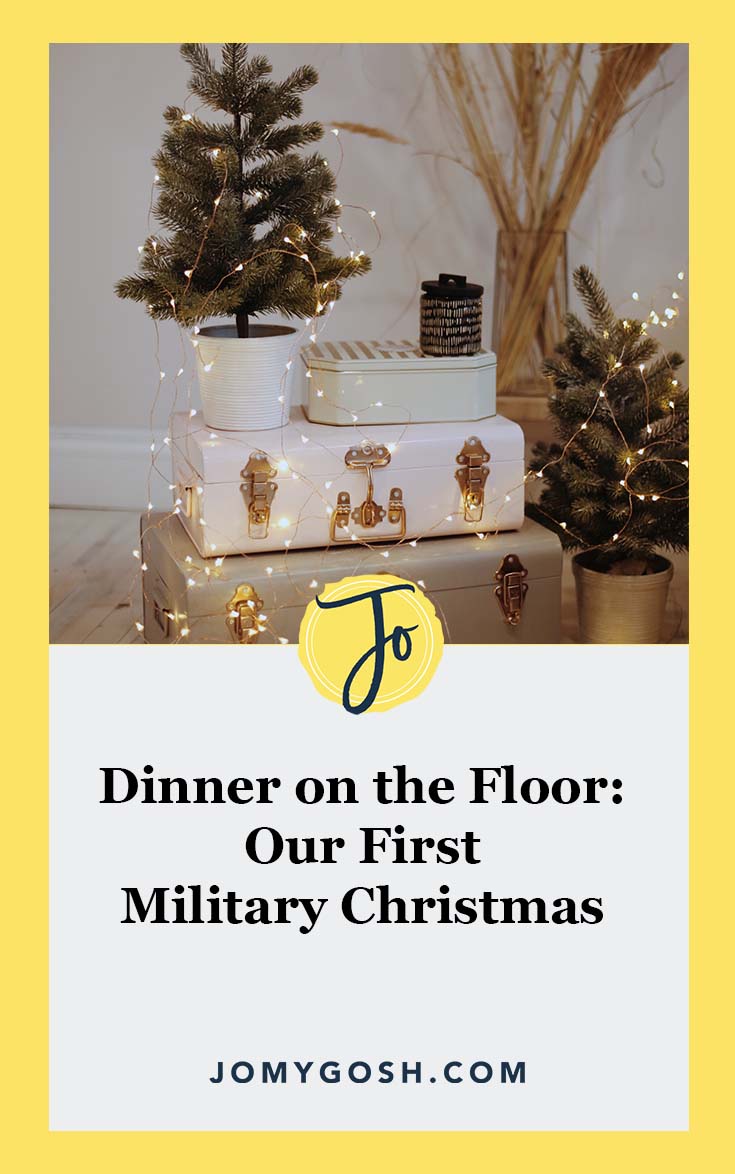 On Christmas Eve, John went to work, kissing me goodnight, and I curled up on the couch in our dark apartment, watching my childhood church’s live-streamed Christmas Eve service. I watched my mom play organ, my dad conduct the church choir, and even saw my sisters take communion when they walked into the frame of the camera. It was the first Christmas we had spent apart from each other. At that moment, I desperately wanted to be home.

John came home the next morning, waking me up as he went to sleep. While he slept, I worked on preparing a Christmas feast with foods from both his family and mine. Looking back now, the amount of food that I made was absolutely ridiculous.

But at the time, it was a comfort. It was home. It was family. It was all of the things we were separated from.

I waited to wake John until I couldn’t stand it anymore. We ate Christmas tree bread first—a breakfast bread my grandmother, and then my mom, made on Christmas mornings. I didn’t know it then, but the recipe actually came from my grandmother and grandfather’s first Christmas as a married couple when they lived in West Germany, my grandmother a translator for the CIA, and my grandfather a soldier.

We ate breakfast and dinner one right after each other while we sat on the floor in front of our Christmas tree. We opened presents. Then it was time for John to get ready and head back to work. 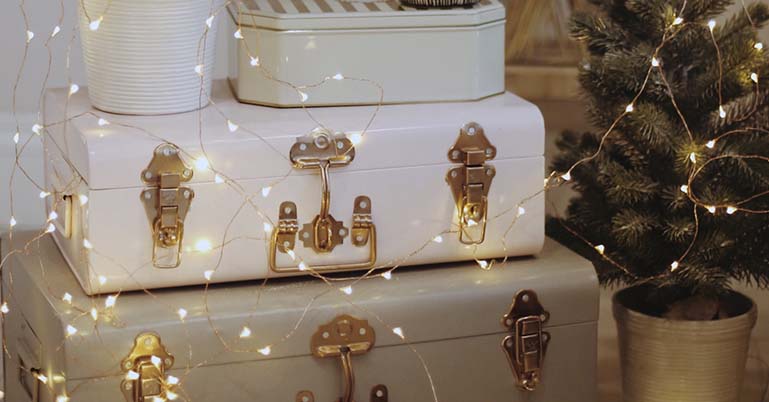 Christmas came without a dinner table.

It came without friends or family nearby.

It came without many presents.

It came just the same.

What does the holiday season look like in your house this year?

No two holiday seasons in a military household will be the same. Will the service member be home, deployed, or traveling? Will the family be living in a new town? Will they be able to go to visit family, or will they have new friends joining them around the table?

Is their home safe and healthy? This year, thousands of families told us what it was like to live in privatized military housing, and it was not positive – more than 55% said their experiences were negative or very negative. They reported everything from needing repairs, mold in their homes, filth when they moved in, and concerns about the structural integrity of their houses.

Will they have the money to put a holiday dinner on the table? Or will they need to get creative with the last of the items in the pantry? 15% of military families reported facing food insecurity, and when they can’t get support from food pantries, family, or friends, they often do without.

You may not have seen this in your own community this holiday season, but not because the problem doesn’t exist. Regardless of the situation they are in, many families will share their happy photos on social media, dust themselves off, do their best to maintain the traditions that bring them comfort, and soldier on.

These families are strong, and we are so proud of them. We are thankful for their service and their sacrifice, especially over the holiday season.

Military life has enough uncertainty without asking families to shoulder the burden of solvable problems. Problems like inferior housing, food insecurity, and budget issues are solvable if only we can find the heart of the problem.

The Military Family Advisory Network is proud to shine a light on military life. We want to share with you the whole story — not just the pretty picture — because no military family should feel like they are in this alone.