Here’s an Easy Way to Support Military Families This Summer 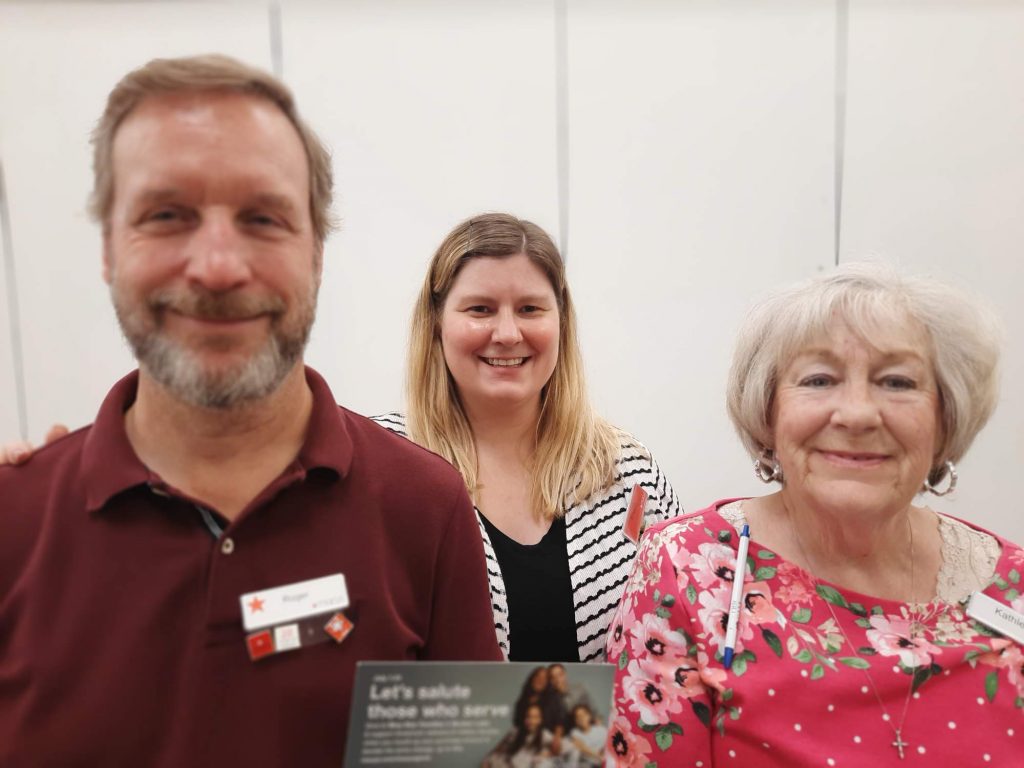 I received compensation from Blue Star Families in exchange for this blog post. As always, all opinions and work are mine.

I craved doing more, accomplishing more, and making the most of every single second I had. That meant I read through stacks and stacks of books, spent time doing a ton of activities, and generally was a tornado of activity. (Thinking about it now, I kinda feel badly for my parents. I don’t think they got much rest between my sisters and me…)

But it also meant that I grew up without a true appreciation for slowing down and gradually building to a particular goal. I was really used to being able to understand things quickly. And if I couldn’t? Then I’d just go onto the next thing I knew I could do.

As an adult, I had to shift my mindset. 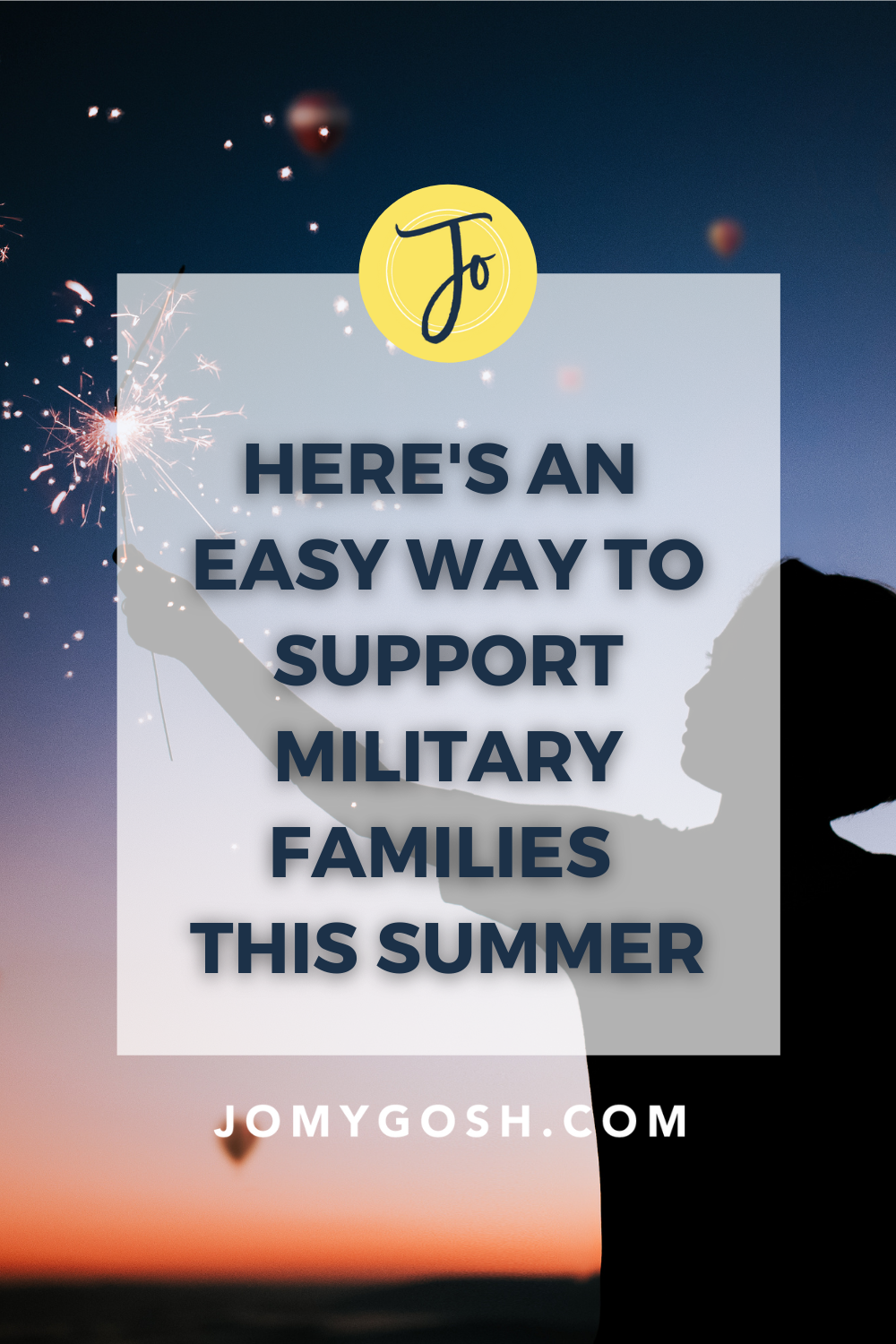 After all, being an adult (especially as a military spouse!) means a lot of waiting. Waiting at the DMV. Waiting for orders. Waiting for homecoming.

I’m finding joy in the small, gradual progressions that will eventually build into larger goals. And those goals will eventually snowball and become even larger ones. I’m learning to celebrate small victories– like completing a workout and knowing that I’m just incrementally healthier than I was before instead of bemoaning the weight I haven’t lost of the clothing that still won’t fit. I’m learning to remind myself to have a longer vision of the person I want to become and the life I want to live when I feel like things aren’t moving as fast as I want them to. I also am trying to give myself grace when I get frustrated or impatient.

Especially over the pandemic, I’ve become increasingly intentional about making small, but measurable steps, towards what I want to be and do.

Maybe that’s why I resonate so much with Macy’s Gives event this year.

Macy’s Salutes Those Who Serve is a charitable round-up campaign which means that your pocket change can actually make really big change in the lives of military families. This summer, Macy’s is focusing on two military nonprofits: Blue Star Families and Bunker Labs.

Now through the end of July, Macy’s shoppers are invited to round up their in-store purchases to the nearest dollar (up to $.99) and donate the change, or donate online to support Blue Star Families and Bunker Labs. One hundred percent of these donations will benefit both charities evenly.

This is the third year that Macy’s is partnering with military community nonprofits, and it was clear when I visited my local Macy’s last week how deeply important this campaign is to the Macy’s team. 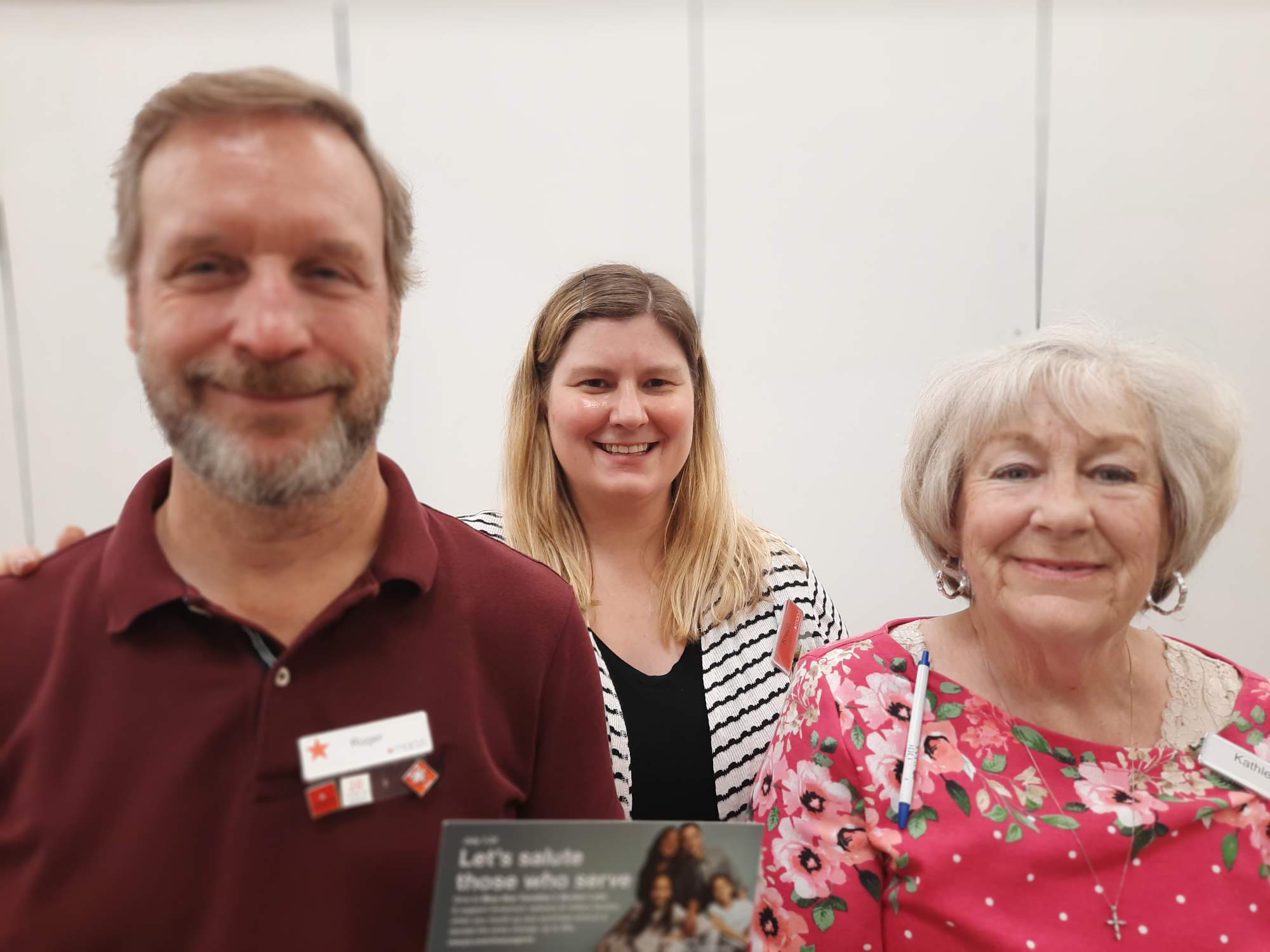 I had the opportunity to meet with three team members at Macy’s who have personal familial connections to the military. They glowed with pride when talking about their loved ones and their service to the nation. There was Kristin who has seven members of her family who served in the military, including a WWII veteran grandfather and a cousin who was selected to help search for downed Malaysian airliner, Flight 370. Roger’s Navy dad served during the early days of the Cold War, as a sailor helping to blockade Guantanamo Bay during the Cuban Missile Crisis. Kathleen’s father was a Navy medic serving aboard the USS Yorktown during the Battle of Midway. He helped to operate on a patient during the battle. He and the patient both survived.

Heroes like Kristin, Roger, and Kathleen’s family members are in plain sight. They’re our neighbors and friends and coworkers. (And some of them are in our families, too.) Macy’s Gives campaign helps to support those people and their families with programs and opportunities that make life a little better for them.

Join me in rounding up for Blue Star Families and Bunker Labs this July.  That change really does add up to real change. 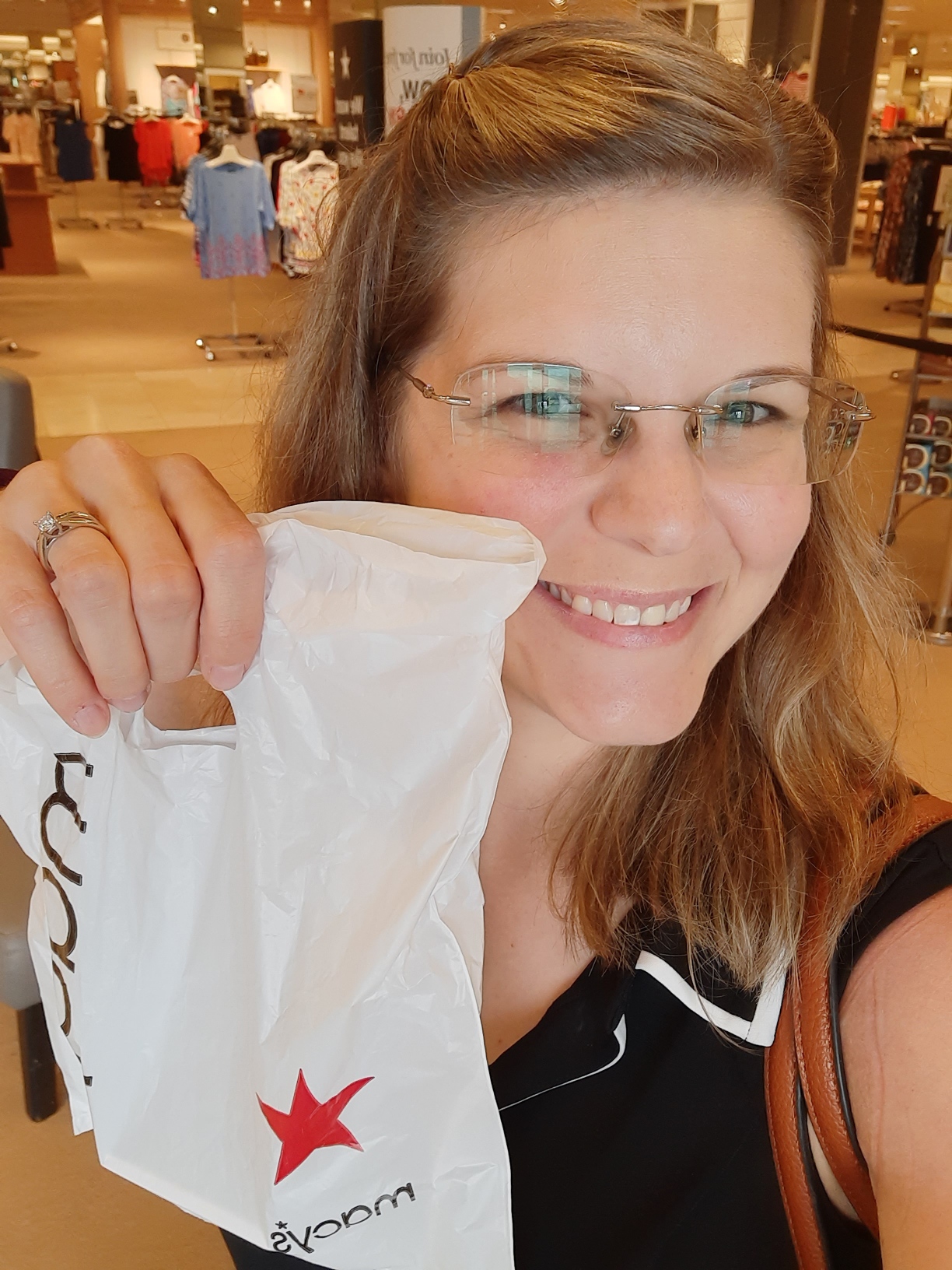 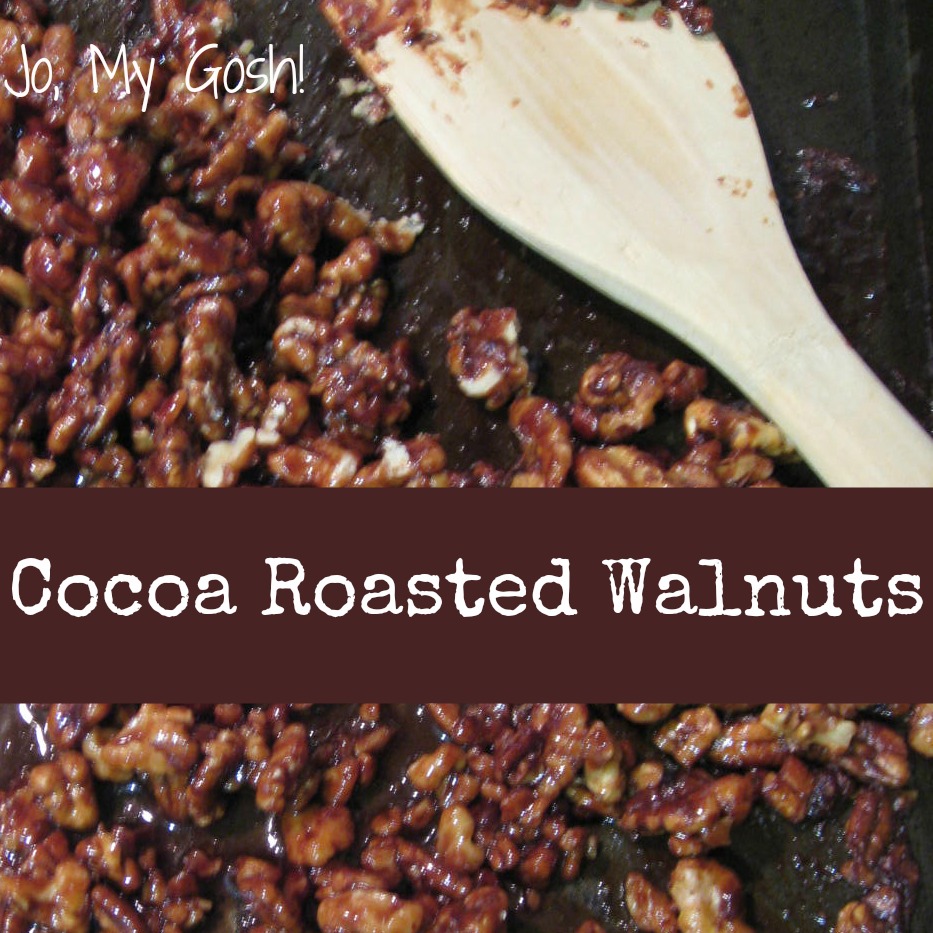 I’m currently working on goodies for a box for John, and I have I got an original, healthy recipe for you! (And it’s really simple 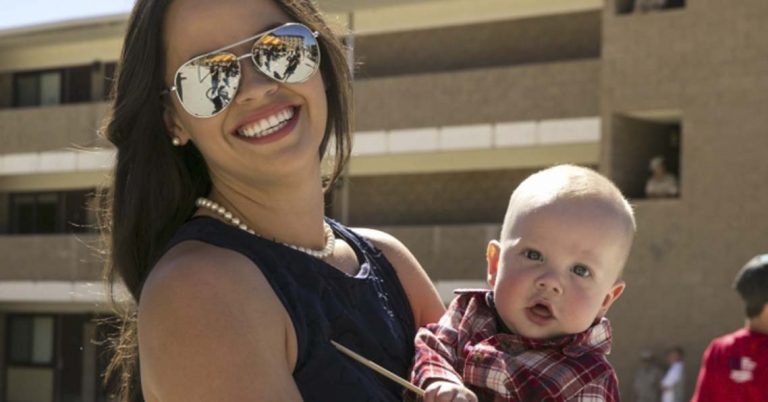 Military life can be really hard. (I think we all agree on that.) But it also can be filled with happiness and a lot of

This shop has been compensated by Collective Bias, Inc. and its advertiser. All opinions are mine alone. #FireUpTheGrill #CollectiveBias As a kid, my home church