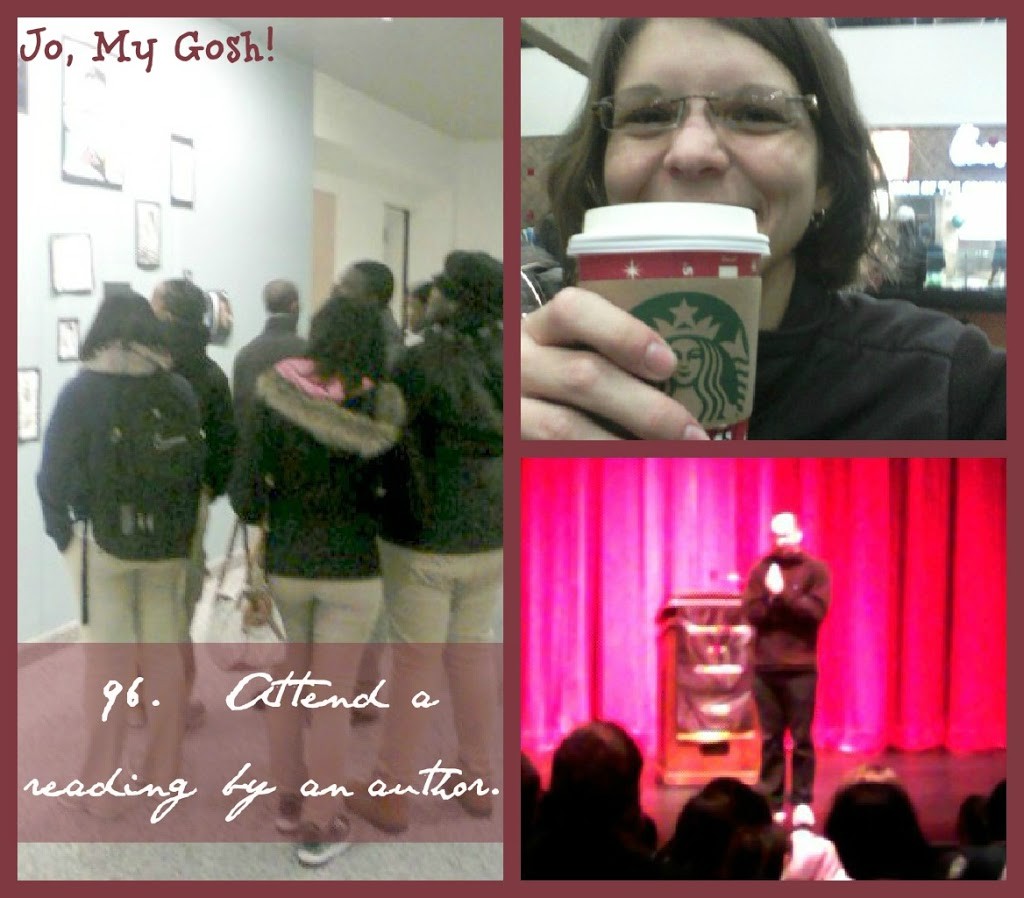 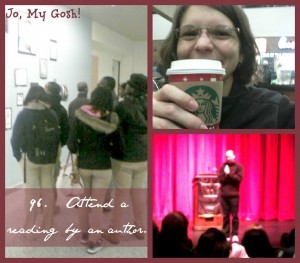 And another one bites the dust! This week, I got to check off #96 from my list— I attended a book talk given by Junot Diaz (author of Drown, The Brief Wondrous Life of Oscar Wao and This is How You Lose Her) at UMBC. I should double-check this off the list because it was so full of awesomeness.
My department head, friend, and fellow AP teacher, Tonya, had (because she’s a superstar teacher) organized the trip for both of our AP classes two weeks ago, just as the eye of Hurricane Sandy was making it’s way towards the Eastern Seaboard. It goes without saying that the event was cancelled, even though I had students emailing me, hoping it was still on, even after school closed for Monday on the Sunday before at noon.
Thankfully, Diaz was rescheduled (on the day that the nor’easter hit the East Coast… can a sister get a break?), and Tonya, Shannon, and I carted 9 very dedicated students out to the UMBC campus.
I love taking students places. I love seeing them transform from teens into young adults the moment they leave the building. I love seeing their faces light up when they experience new things. And, while I really dislike living and working in a city, I really love that we have so many opportunities to introduce our kids to.
We arrived at UMBC a little early, so we took the kids on a quick walking tour of the campus, ending up at the student union building where every child wanted to order at the Starbucks. 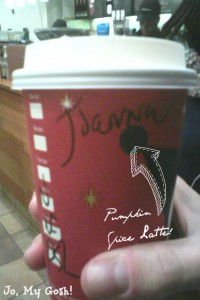 I never, ever drink coffee. John does, though, and last year he got me to try a Pumpkin Spice Latte and a Caramel Something Or Other. But, I was not to be left out, so I ended up ordering a PSL (I’m so cool using Starbucks’ slang!) and (believe it or not) drinking the whole thing. Not before, of course, snapping a few pictures to prove it to John, much to the amusement of my students (“Ms. G, what are you doing?”)
Diaz ended up getting there a little late– complications from the snowstorm– but when he finally did begin speaking, he was excellent. He was different from what my students had imagined, I think. He’s curses, uses slang and humor, and is not at all what you’d expect of an MIT professor and Pulitzer Prize winner. While he talked about political economy, sexism, racism, and the hegemony of language, the kids stayed right with him because he made it so darn palatable.  (Even though, I wish he would have cut back on the, “Profanity is the language of the masses, so don’t let anyone shackle your tongue” speech. I could feel every one of my students turn towards me and think simultaneously, “That’s the last time you tell me to stop swearing in class, Ms. G.” )
Best thing? Our principal bought the attending students copies of Oscar Wao, and yesterday, during some down time in class, I saw one of my boys cracking it open and soaking it up. That’s what it’s all about. 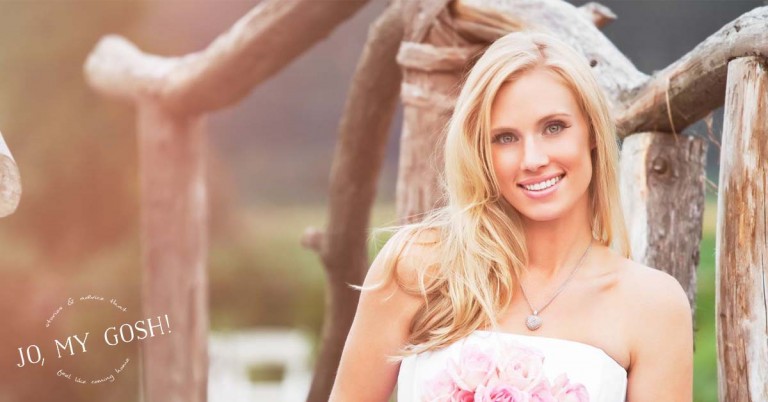 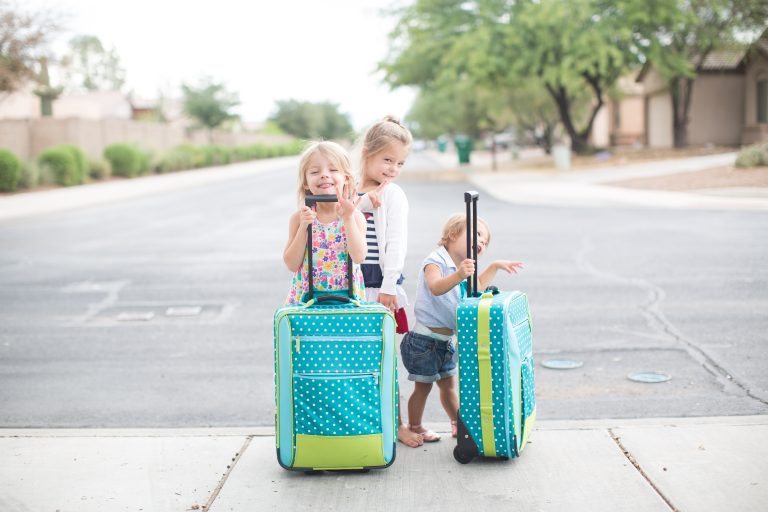 The Military Spouse’s Guide To Moving Overseas: A Step By Step Guide

Hooray! You’re headed OCONUS! But this can be a special challenge for military spouses moving overseas. Find out everything you need to know about the 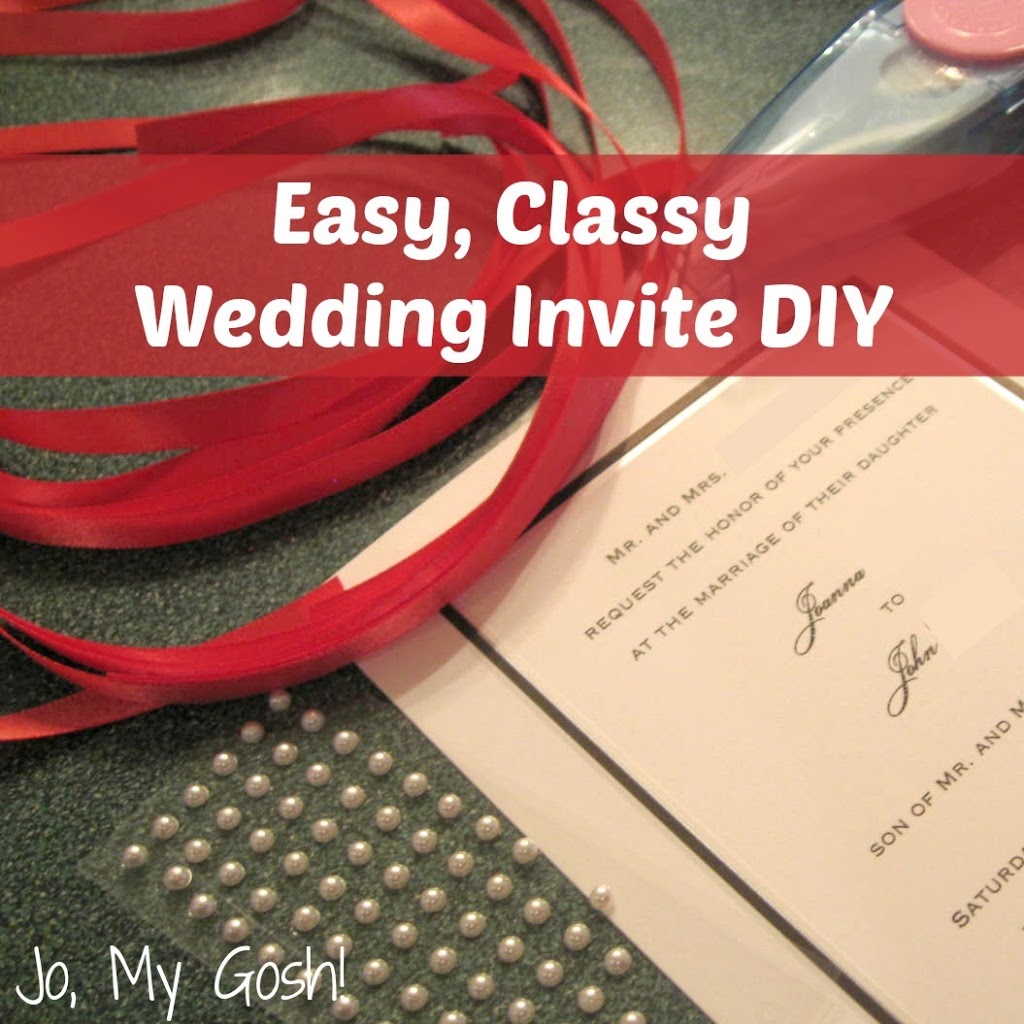 The Easiest DIY Wedding Invites Ever!

Oh boy. Let me tell you, life has been crazy! I was hoping to get more posts out, but things (like my car deciding to