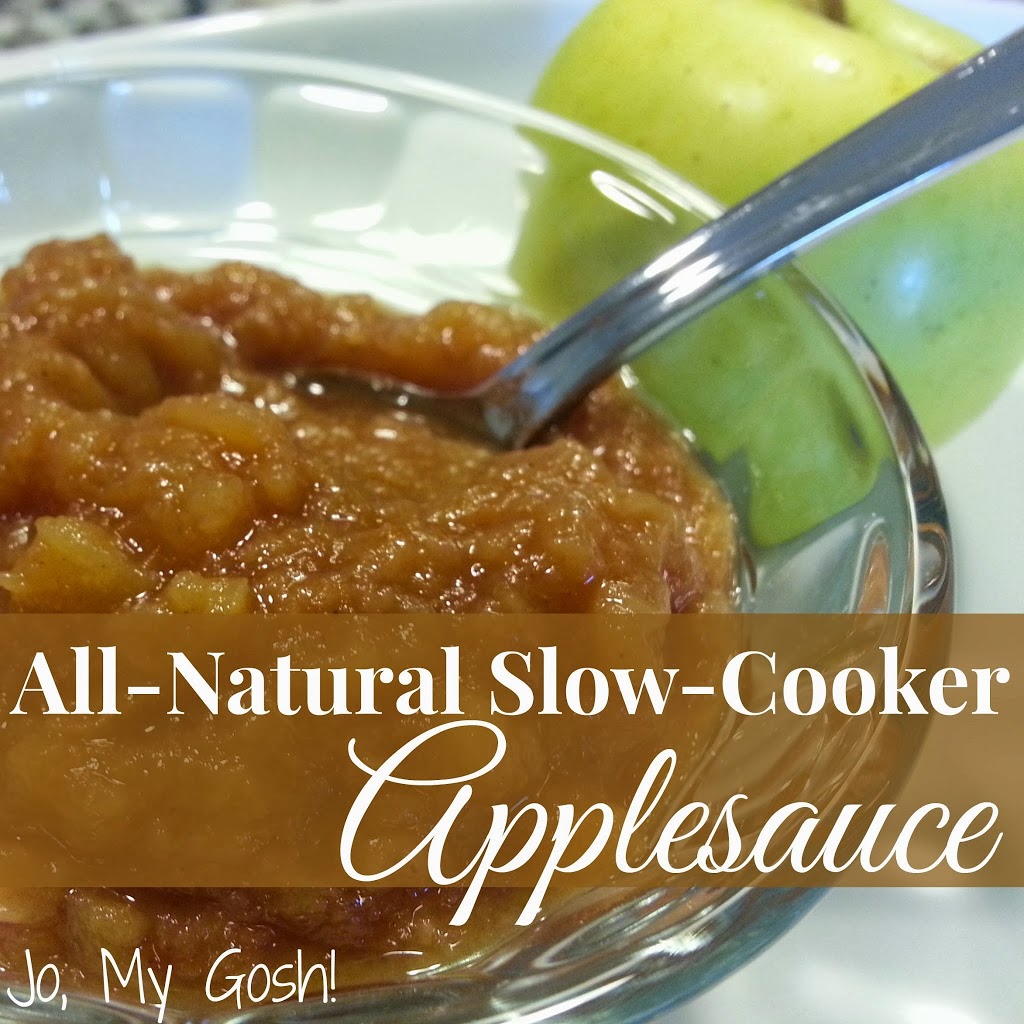 Hello, hello, dear friends! Despite having posted in November, it feels like it has been such a long time since I’ve written about our journey. (Grab a cup of tea or coffee! It’s time for a dish sesh!)
John and I are finally settled in our new home. Our PCS (a move sponsored by the military) went as smoothly as possible– our apartment was ready, we had no crazy accidents, and other than a broken drawer and busted light bulb, everything made it to our apartment intact! We decided to move everything ourselves– no movers for us, although John’s sister graciously drove down to help us unload at our new apartment. All told, we spent more than 10 hours moving things into the truck from our old apartment, then moving them out and into our new apartment. I don’t think I’ve ever hurt or been more tired in my whole life! Every single muscle, bone, and joint ached. Even the tips of my pinkies. Not a joke!
Almost everything is out of boxes, on shelves, or up on walls. It is such a wonderful feeling, but it has taken us a little bit of time to get into the swing of things again! I guess getting a new town, apartment, and position (for John) can do that. We’ve been exploring our new surroundings and taking wrong turns (and some right ones). We were fortunate to find a new church where we both hope to join the choir and get involved in their social and environmental justice movements. And it’s within walking distance from our apartment– double win!
Yesterday, we were so excited to go grocery shopping because we found a Harris Teeter! (For those of you who don’t know what a Harris Teeter is, imagine a clean, bright grocery store with at least 5 different places to sample… including entire cookies. Every time. Okay, so that’s clearly why we love Harris Teeter so much.) We ended up driving down a dirt road around potholes that could have swallowed our car while I was cursing out GoogleMaps. We came to a dead end and realized… nope. No Harris Teeter. Just a Harris Teeter distribution center that Google didn’t have the courtesy of differentiating between. Despite our Harris Teeter disappointment, we did find an Aldi, so not all is lost!
We bought some cheap apples at Aldi and last night, I tried my hand at homemade applesauce. I have to admit, this stuff is the bomb. It is literally apples and spices. No fats, no extra sugars, and it is so hands-off that you can literally go to sleep while you’re making it.  (And I won’t tell you the story about how I accidentally cut my hand coring an apple and almost passed out on the kitchen floor. Not because the cut was bad, but because I am a major wimp. John saved me with a BandAid and not making fun of my wussiness. My hero!) 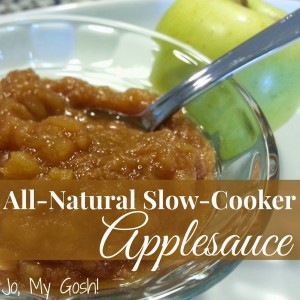 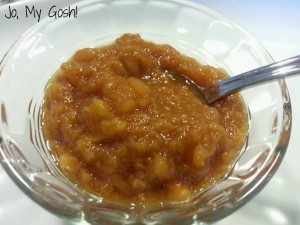 My favorite way to eat sweet, sweet nectar of the gods? With vanilla Greek yogurt for breakfast. It adds flavor like the fruit mix-ins, but with a lot less sugar and more fiber and nutrition. Delish! 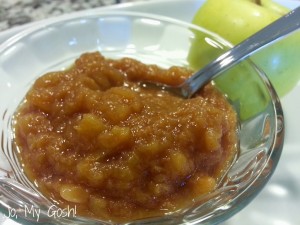 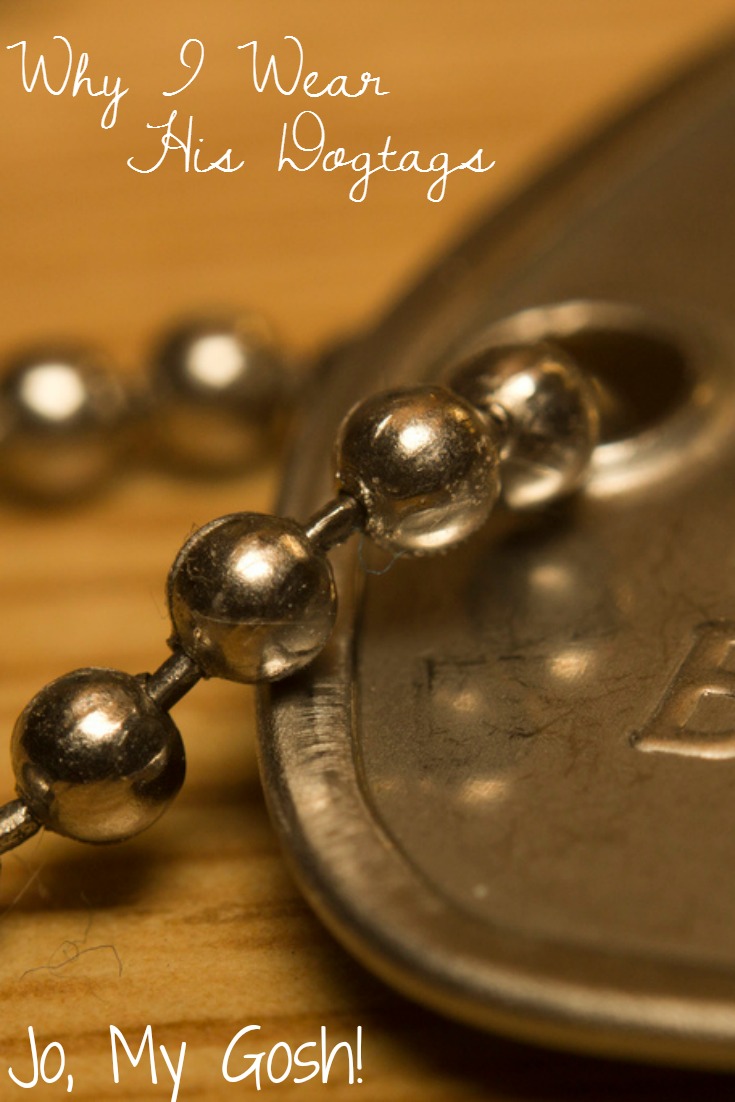 When I first decided to wear John’s dogtags, I never thought it would be such a conversation piece. In June, when I started wearing it,

2012, wow. What a year! Strange, thrilling, maddening, challenging, frustrating, and elating… and all in just 366 days. I can’t say that I’m excited that 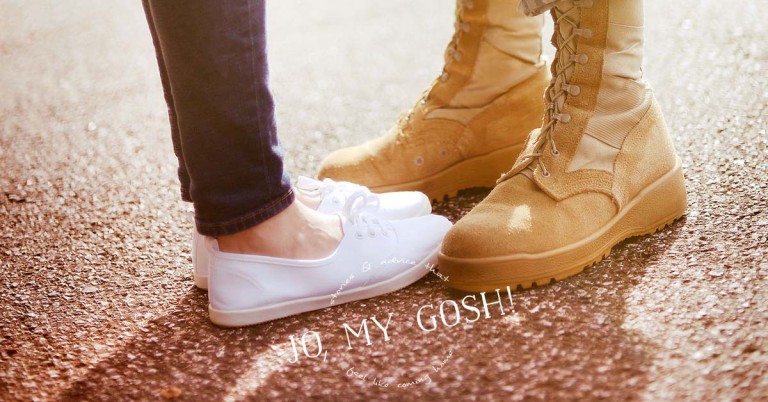 Five Lessons I Learned During Reintegration After Deployment

I am not going to pretend that I’m the guru of homecomings . I’ve only been through one and am in awe of the couples