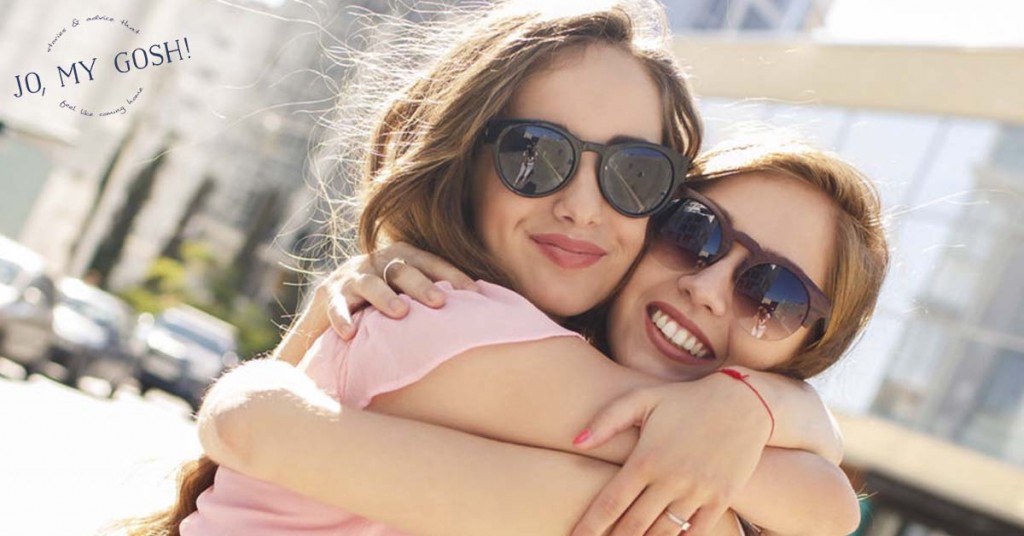 I was standing in a LOFT dressing room when I heard it for the first time.  John and I were engaged and John was deployed. I hadn’t seen him in months. I hadn’t had a phone call from him in months. And I had hit the Deployment Wall that sneaks up on even the best of us. I was definitely not being my best self that day. I missed John. I was tired of deployment. I was at my breaking point.

And someone I love very much (who will remain anonymous because she is still so awesome) said it to me:

“You knew what you were getting into.” 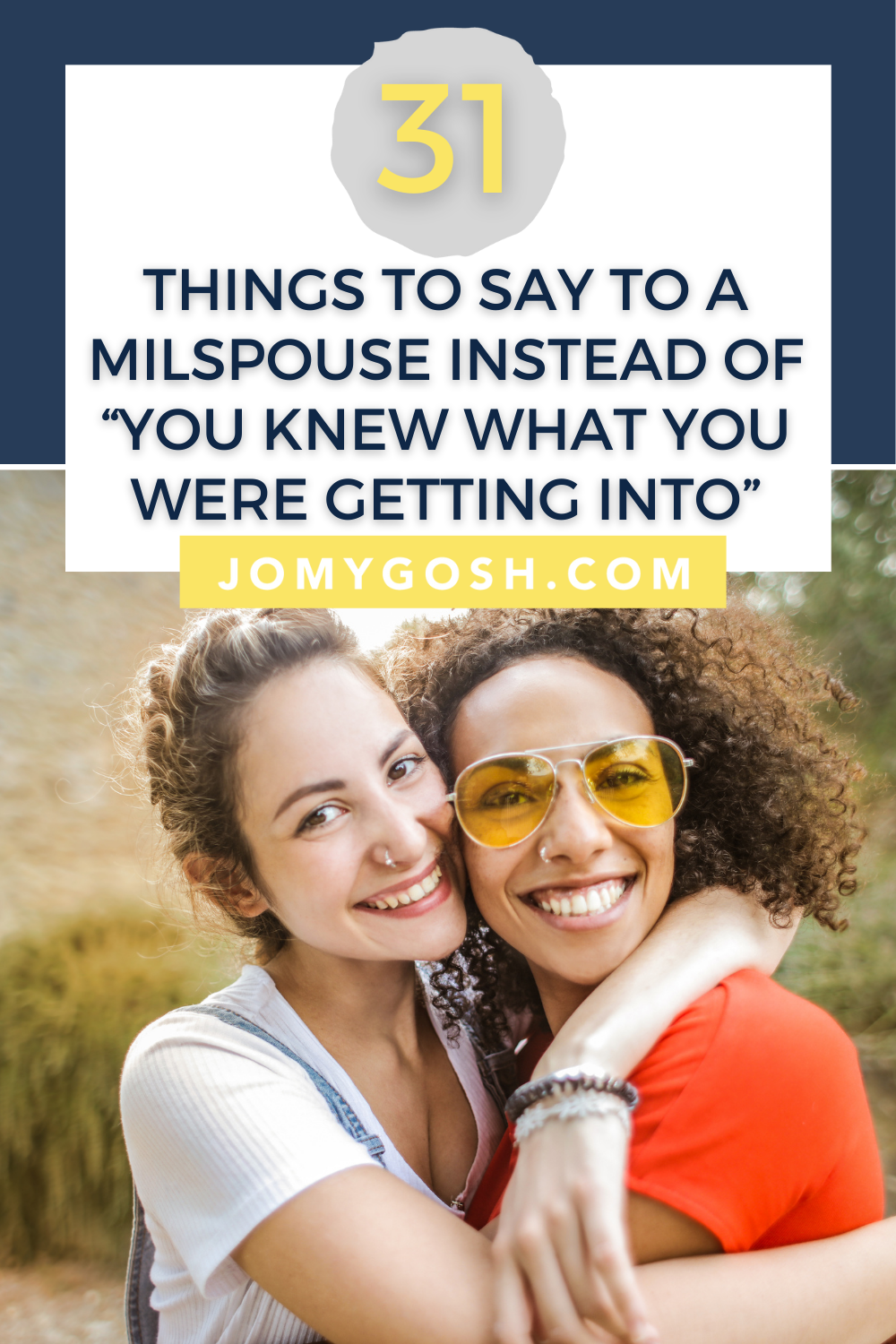 But it just hurt.

It just made me angry.

And it made me feel unsupported.

Because the truth was, I had never done a deployment before. I knew nothing about the military.  I literally had no idea what I was “getting myself into.”

And even if I had, knowing doesn’t mean you can’t feel worried or upset or depressed.

If you’ve ever been in my position– or if you’ve ever found yourself comforting someone who is struggling with military life, here’s a list of things you can say other than, “You knew what you were getting into.” 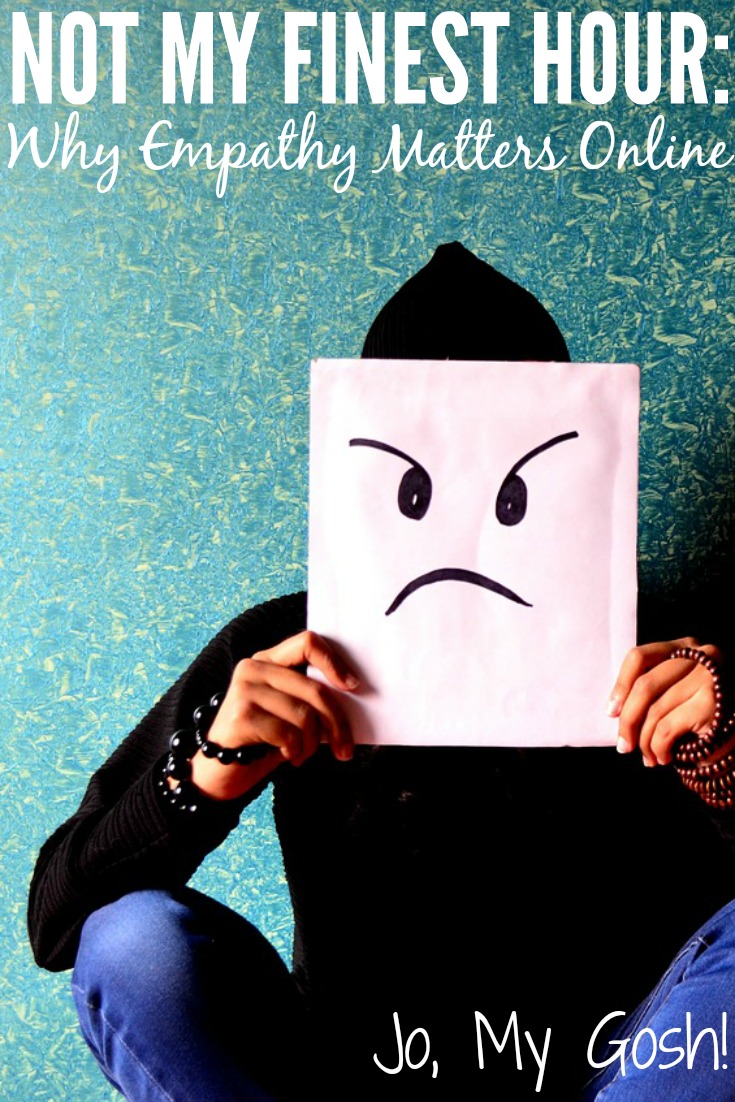 Not My Finest Hour: Why Empathy Matters Online 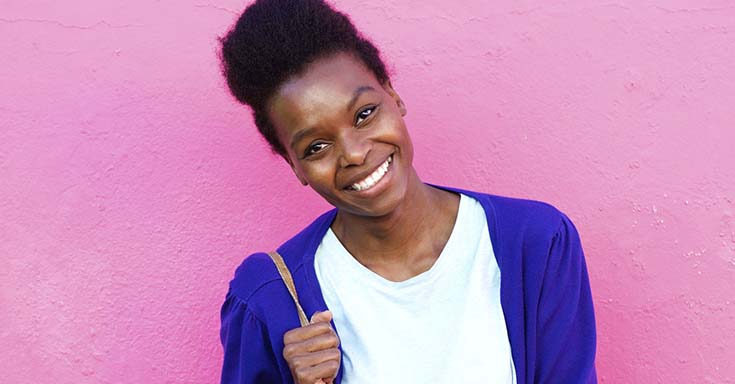 Nominate a Military Mom to a $1,000 Shopping Spree

This post is sponsored by OM Media and Verizon. All opinions and work are my own.  Caring for twins during deployment. Taking a Facetime call

I put out the Jo, My Gosh! bat signal and asked for military spouses to offer their salient advice for new military brides. What would