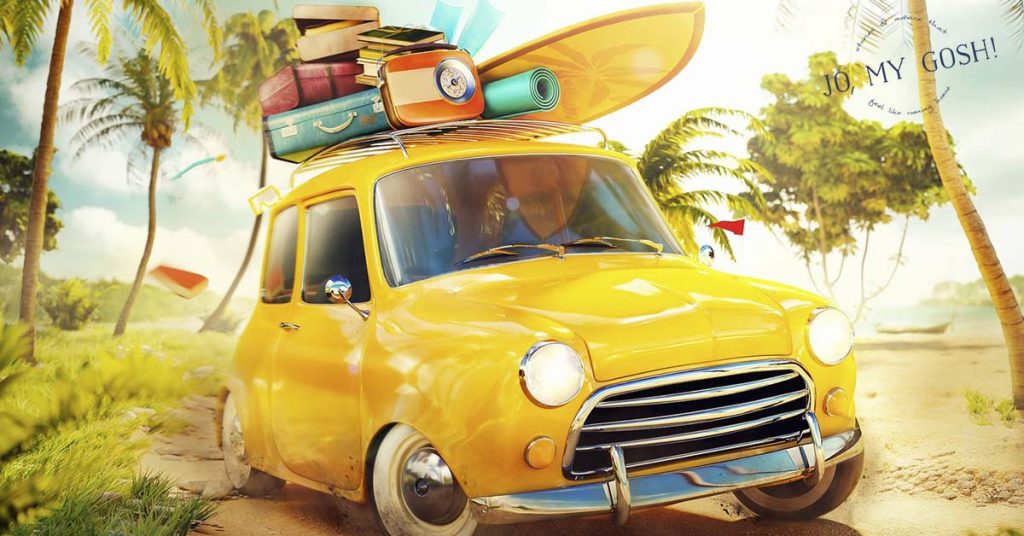 Ever since John and I have been together, we’ve had one goal: Once he got out of the Navy, we were going to take an epic, no-holds-barred road trip.

This October, we did just that.

We packed our little car full and we set out for a 6-week, cross-country adventure. We saw the headwaters of the Mississippi in Minnesota… and then we saw the delta of the Mississippi in New Orleans. We saw bison in Wind Cave National Park, we went to church with President Jimmy Carter in Plains, Georgia, we looked at the largest trees in the world in Kings Canyon National Park and Sequoia National Park, and best of all, we saw friends and family along the way.  We drove more than 11,000 miles in those six weeks. 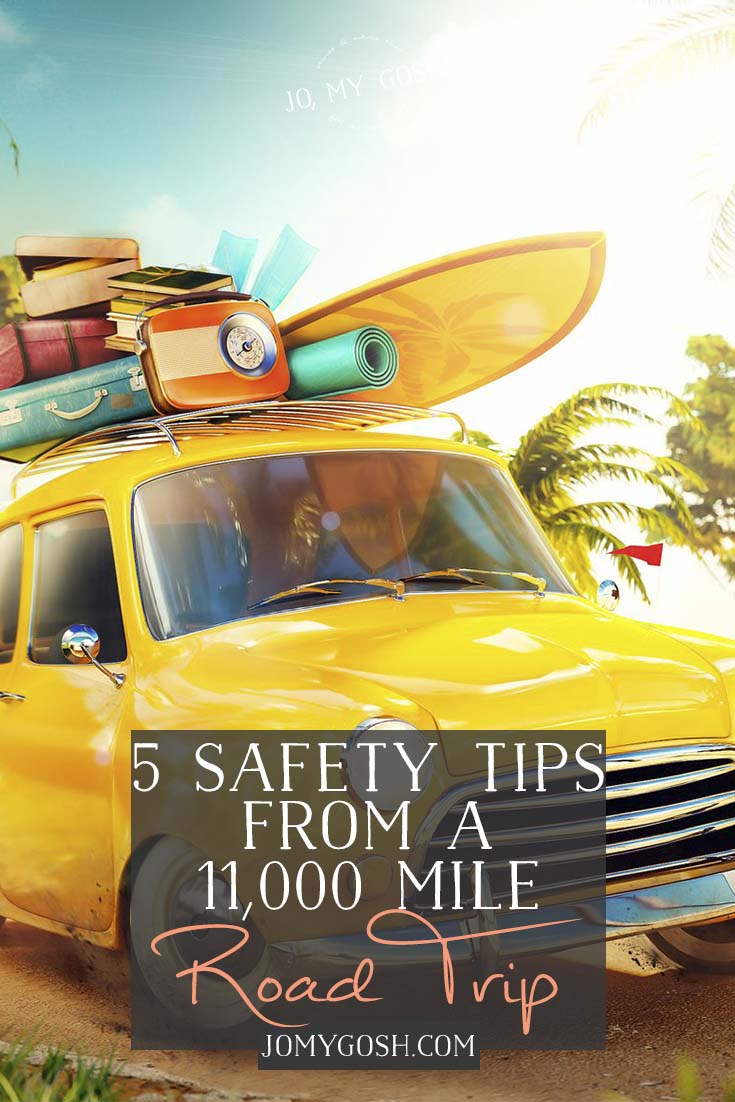 Over those 11,000 miles and tons of driving hours, we learned a lot about ourselves, our car, and the road.

Listen to Your Car

Just outside of Yosemite, our car’s engine sensor began flashing red. Yikes. I could just envision us having to get towed out of a National Park… not my cup of tea. We ended up literally driving through dirt roads in a California orchard to cut across to a mechanic. After diagnostics and having to cut our day a few hours short, we found that we had a faulty sensor.

But what if it hadn’t been a false alarm?

We gladly paid the mechanic and went on our way, paying careful attention to the rest of our car for the rest of the trip. After all, a car isn’t just a way to get from one place to another; it’s a steel cage of protection– and we want to keep it shipshape.

Staying safe on the road means having awareness about your surroundings. While John and I had a blast charting our journey one day at a time, we also used our GPS and our cell phones to make sure that we were staying out of harm’s way. We had great success watching for slowing traffic, accidents, and other obstacles with the real-time features of Google Maps, but other people swear by apps like Waze. We also made sure to keep an eye on the evolving weather (which came in handy for the remnants of a typhoon when we were in Oregon) and the conditions in National Parks (they publish alerts on each park’s website).

Know where you are

It might sound a little crazy, but paying close attention to where you’re driving this holiday season can give you a leg-up on your trip. Going out of state or into other cities means being at the mercy of their driving laws. Some states, like Maryland, don’t allow hand-held devices of any kind while you’re driving. Some cities, like Eugene, Oregon, have special driving patterns (and lights!) for busses and bike lanes. 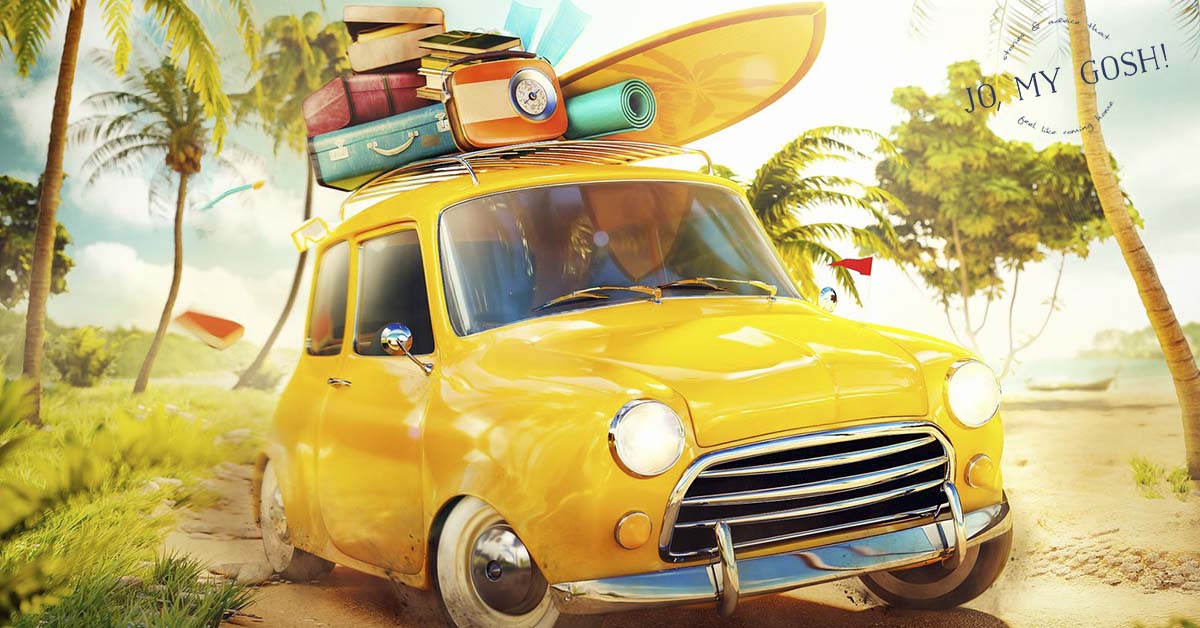 Keep your hands on the wheel

It should go without saying in 2016, but for the love of the driving gods, keep your hands on the wheel and off your smartphone. I can’t tell you how many erratic drivers we encountered throughout the country who were swerving, unresponsive, and dangerous because they were on their phones. For the sake of everyone who shares the road with you, just wait. Or pull over. I know it’s not cool, but I won’t tell.

No matter where you’re driving– over the river and through the woods or across four states– take care of yourself so that you can drive safely. Driving sleepy is just as dangerous as driving intoxicated… and we know that both of those things happen over the holidays. Be realistic with your travel plans and know when to take a nap, hand driving off to someone else, or stay put for the night.

This holiday season, take time for your friends and family… but also take time for safety. Getting safely to your destination (and making sure that others on the road do too) is the gift that keeps on giving.
This is a sponsored conversation written by me on behalf of Steel Market Development Institute.  The opinions and text are all mine. 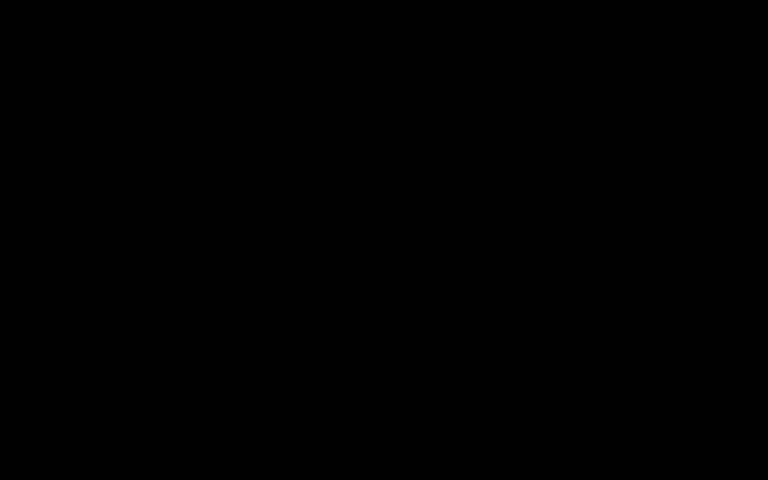 I started writing Jo, My Gosh! in 2012 as a teacher in Baltimore. It started out as a care package blog and bloomed into something 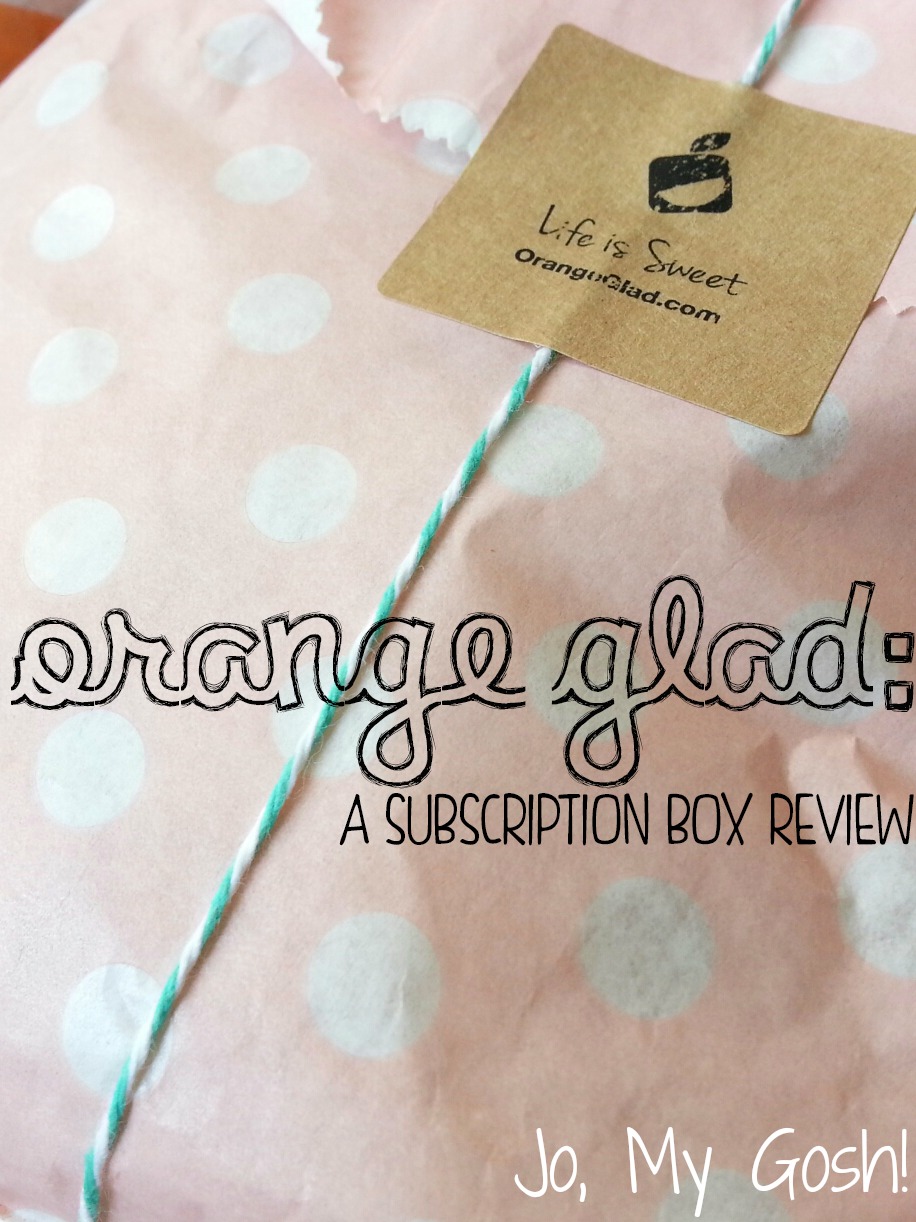 Disclosure: I received product from Orange Glad for a review. I only review and endorse products that I enjoy and believe that my readers will, 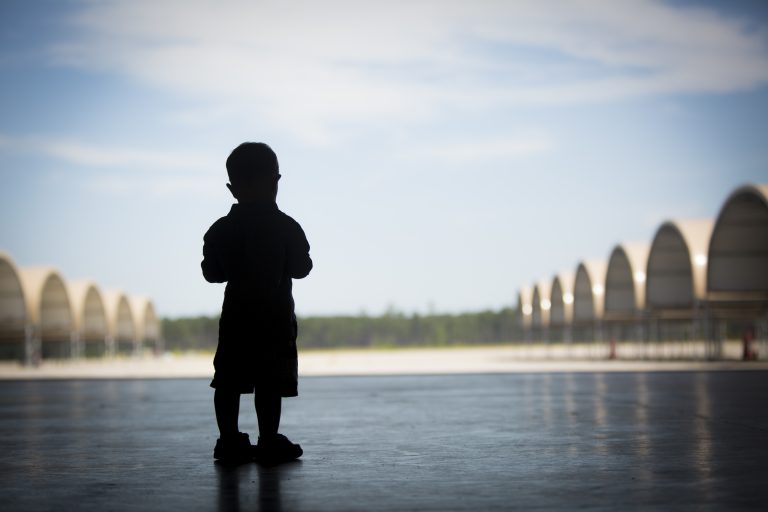 A This is a sponsored post written by me on behalf of 1 Natural Way, a TRICARE breast pump provider. All opinions are entirely my own.