Boxes of Comfort and Joy 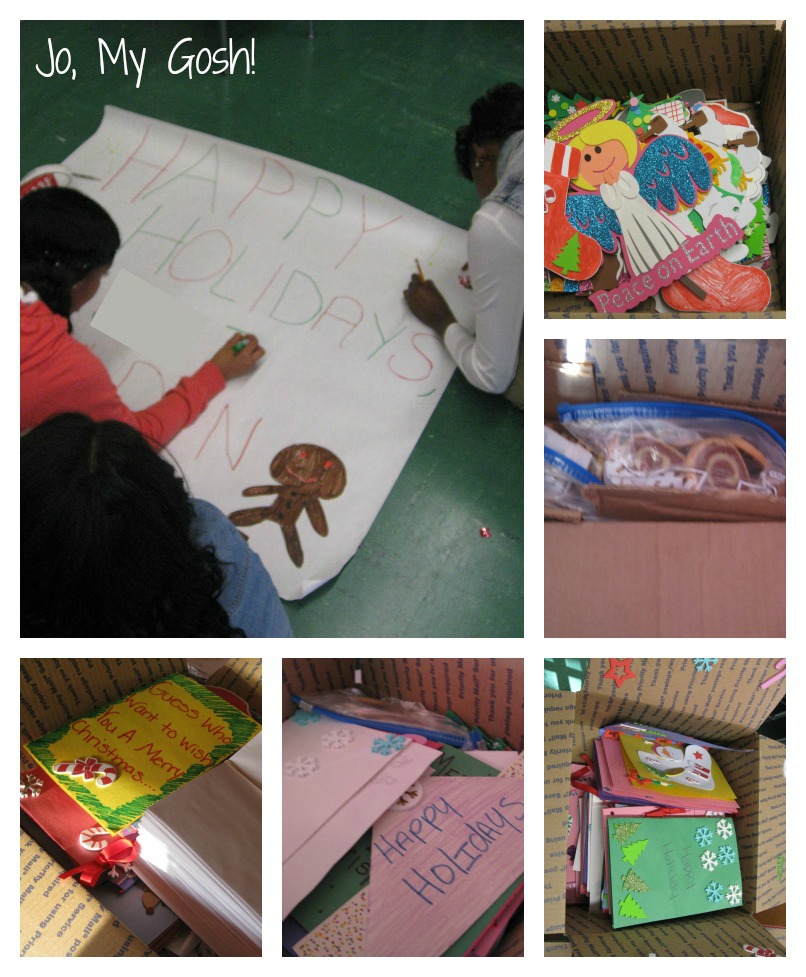 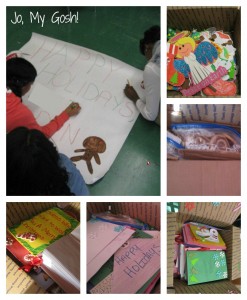 Today begins something that teachers and students all over America have been dreaming about since (at least) Thanksgiving– Christmas Break!
To celebrate, a story about my students!
This fall, one of my dear friends and co-workers, Fitz  asked me if I would want to work on a project for John’s command. Of course, I would! Eventually, the plan came into focus– our students wrote letters (with my juniors mentoring and peer editing her freshmen) and made Christmas decorations. We invited the culinary teacher to join us, and her kids made cookies to package up and send, too!
I’ve told my students a little about John , but I’m extremely reticent about my life. After all, they’re there to learn about English, not about me. But, it was fun to tell them a little more– I showed them pictures of John, his coworkers, and Afghanistan. Each kid got a different service member to write, and they really became attached to them very quickly.
One of my goofy students, E, asked me, in the middle of class, if I ever worry about John. “Every single day,” I said. The typically rowdy class got absolutely silent.  I told them about missing a phone call from John– the only one I’ve gotten for six months. I told them that I wouldn’t get to see him until January, and even then, he’d have to go back for at least another five months. You could have heard a pin drop.
My students are sixteen. They were in kindergarten when the US entered Afghanistan. Imagine that– they’ve lived almost their entire life with their country at war. They don’t really think about it, and they honestly don’t know why we’re there or why it’s taking so long for us to leave.
Writing is something that my students really don’t like to do.  They struggled at first, even composing a paragraph to someone they didn’t know. For many of them, this was the first real letter they had ever written (many didn’t know how to address an envelope). 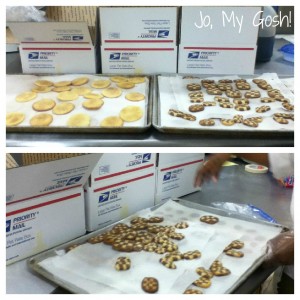 Soon, though, their ideas were flowing. What did most of my students describe to their service member? Seeing the last Twilight movie. And yes, both boys and girls wrote about that. They wrote about school and their family’s Thanksgiving celebrations. A student who was assigned to John added a post script recommending that he buy me something sparkly and expensive. “I’m thinking a necklace,” T wrote. (Yes, T, you will be receiving an A!)
My favorite moment of the entire project was when I heard my Tasmanian devil of a student, J, sigh in exasperation. He was peer editing a letter with a ninth grader who didn’t want to listen to him. “Naw, naw. Listen to that sentence. Listen to me. I’m trying to help you.” He read the sentence back to her. “Does that make any sense? You think your audience will be able to understand what you’re saying?” She shook her head. “No? Okay, so how can we rewrite this to make it clearer?” That is almost verbatim what I’ve said to J about a trillion times during the semester. It made me smile to hear him so confidently edit another paper.
In all, we sent two boxes crammed with 80 letters, about 100 handmade decorations, two banners, and six or seven dozen cookies for John’s coworkers. For now, my kids are impatiently waiting to see if any of them get letters back. And I’m impatiently waiting to get my fiance back. 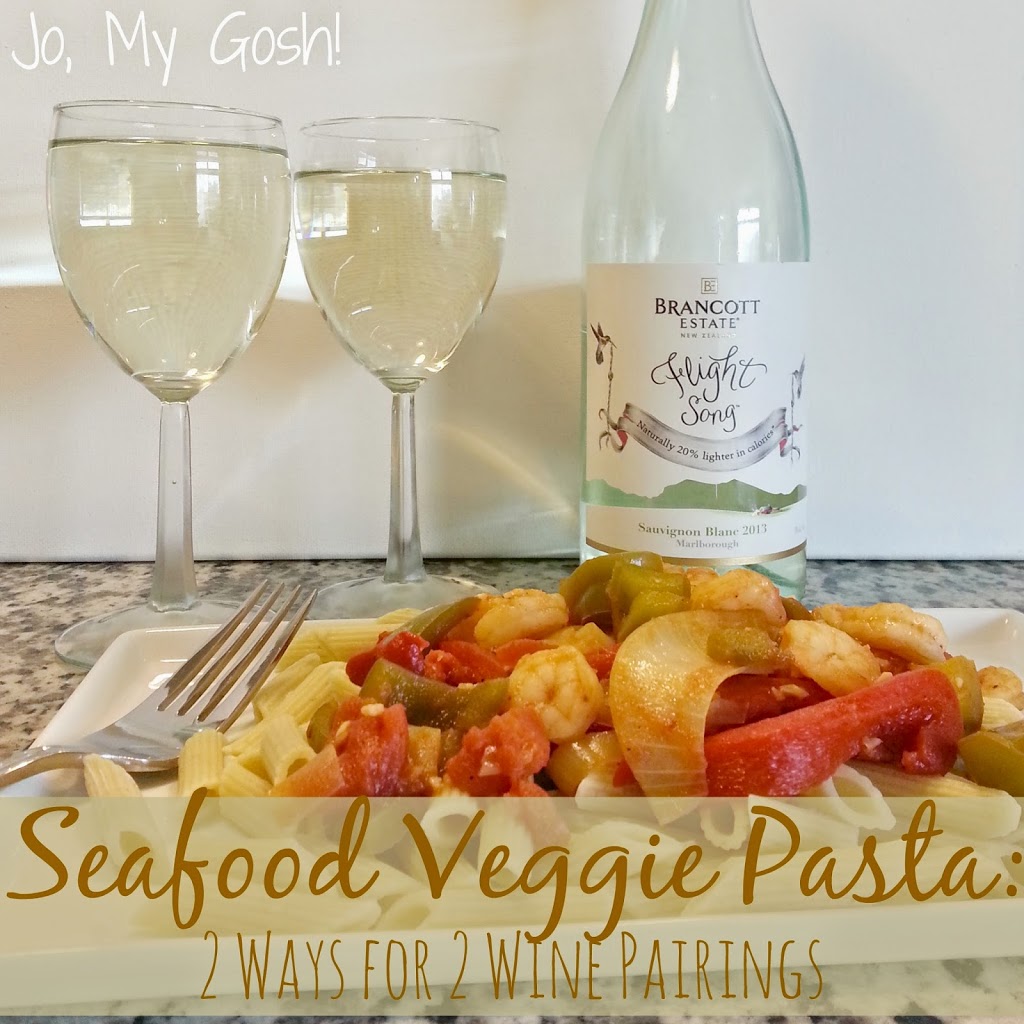 I participated in an Ambassador Program on behalf of Millennial Central for Brancott Estate Wines. I received product samples to facilitate my review as well as a

A This is a sponsored post written by me on behalf of 1 Natural Way, a TRICARE breast pump provider. All opinions are entirely my own. 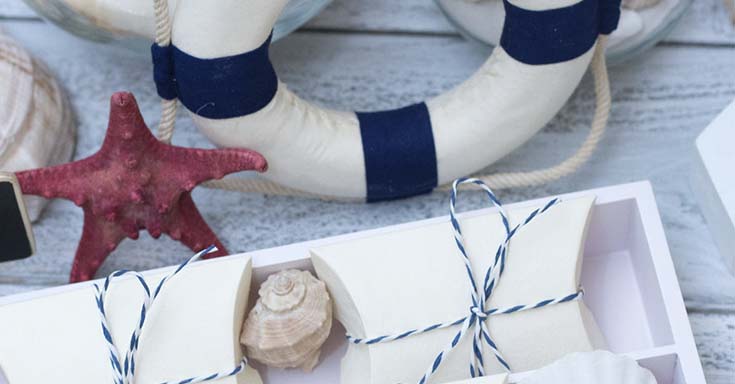 This is a sponsored post written by me on behalf of Navy Federal Credit Union for IZEA. All opinions are 100% mine. Six (six?!) years