Five Lessons I Learned During Reintegration After Deployment 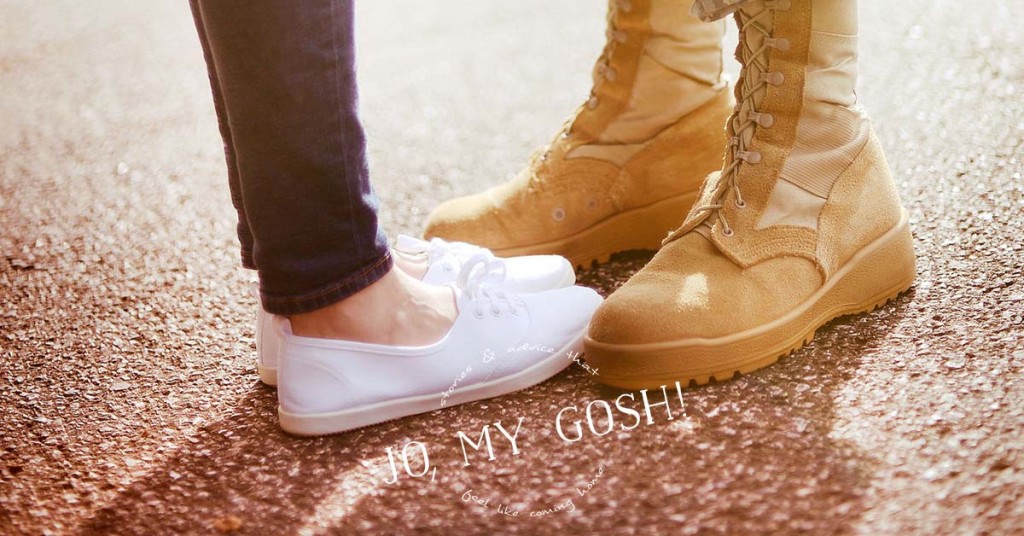 I am not going to pretend that I’m the guru of homecomings . I’ve only been through one and am in awe of the couples who have been through two… or three… or five… or more.But for those of you who are anticipating or are in your first deployment, this may come in handy for you! (If you’re looking for our homecoming story, check it out here.) 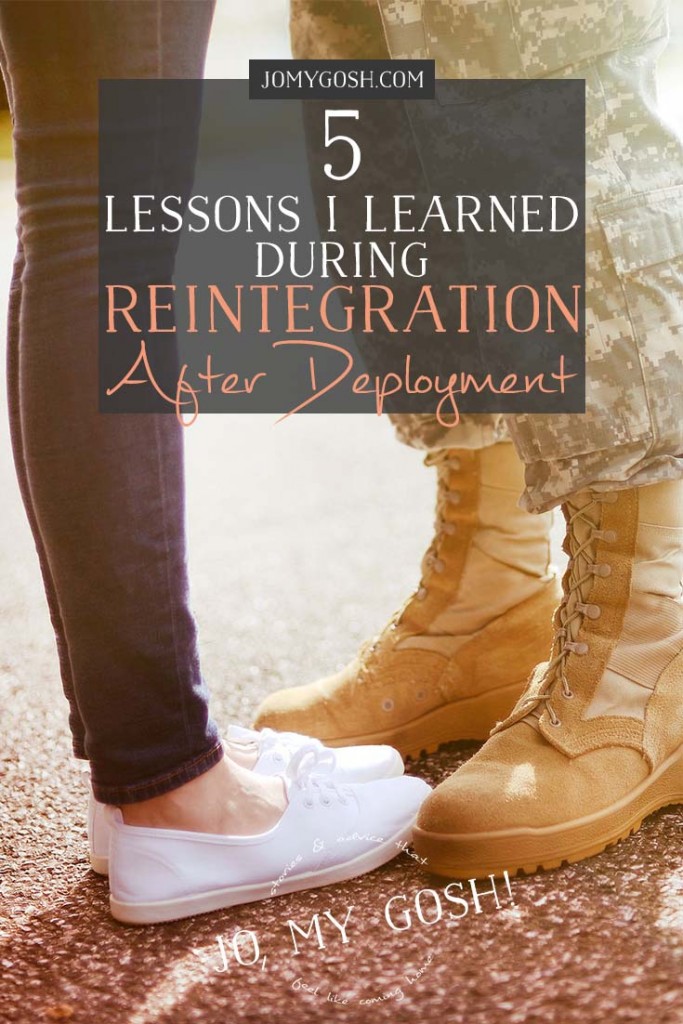 John and I fit so much into the first week he was home. We traveled at least 2 hours every day for five of the seven days we were together. It was fun because we like to road trip and we got to see family (and do wedding stuff!), but   John was still dealing with jetlag, and he never really had time to really sleep and get his clock adjusted.

Take care of the most important stuff first before you lose steam.

This probably goes without saying. I found it most helpful to get a few things done before relaxing ad hoc.  For us, that was getting John’s cell phone turned back on and moving my plan to his. (We’re really getting married now– our phone bills are combined!) It also meant getting sushi, which John had dreamed about (probably) more than he dreamed about me. We did both of those things the first full day John was home.

[Tweet “Take care of the most important stuff first before you lose steam. @JoMyGosh #reintegrationtips”]

Don’t be disappointed if the military throws a monkey wrench.

John’s command was very generous with leave. I’m not complaining one bit! But remember, when deployment is over, there are a lot of administrative things that your loved one will have to do. John had to go in to work on the second full day he was back to get paperwork and other items out of the way; after that was finished, his leave began. Don’t just assume that it’s vacation time the minute they get off the plane (or boat), or you may end up with ruined plans.

[Tweet “Don’t be disappointed if the military throws a monkey wrench. @JoMyGosh #reintegrationtips”]

Don’t expect it to go back to “normal” all at once.

There are more people serving as support in Afghanistan than as actual combat troops. Because John’s days were usually pretty predictable, it is still sometimes easy for me to forget that he still had difficult experiences this year. I was ready to pick back up exactly where we left off last June, while John needed a little time to get organized, breathe, and feel like he was home again.

[Tweet “Don’t expect it to go back to “normal” all at once. @JoMyGosh #reintegrationtips”]

You both had it tough– don’t figure out who had it worse.

There are hard things about deployment on both sides of it. For me, it was feeling powerless and worrying. For John, it was the whole being-in-Afghanistan thing. We’ve made it a point not to play the martyr about the deployment. If anything, we have conversations that advocate for why the other had it tougher during the past year.

[Tweet “You both had it tough– don’t figure out who had it worse. @JoMyGosh #reintegrationtips”] 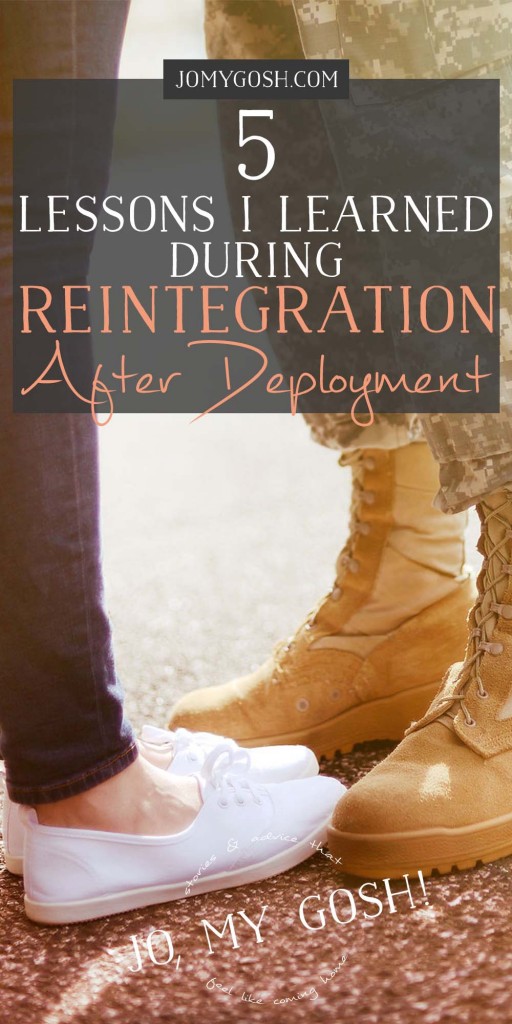 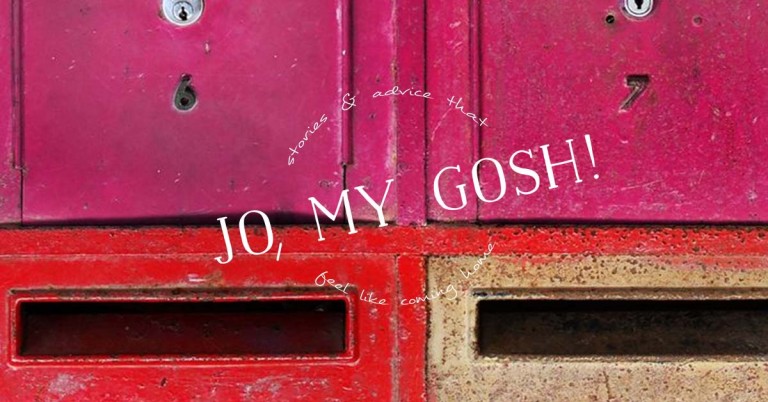 How We Spent Less than $70 on Our Save the Dates

We’re back from our honeymoon! I’m working on getting our apartment in order, but I am so excited to share so many things with you! 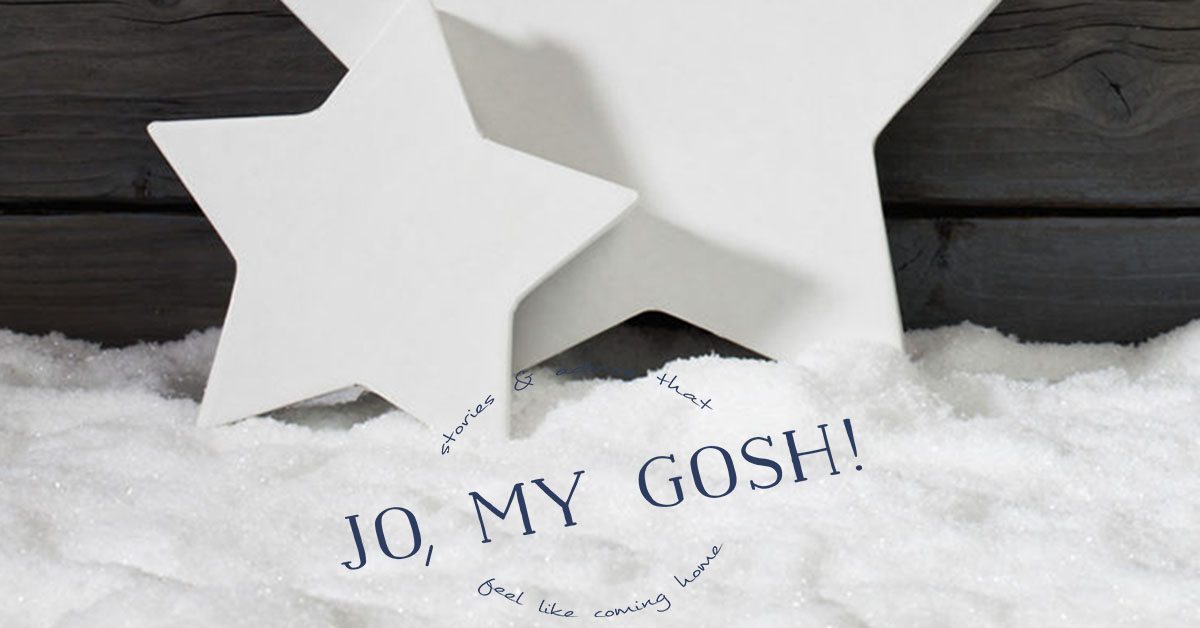 I know, I know. It’s only October. You’re still enjoying your Halloween decorations and PSLs. Me too! I’m not trying to jump the gun. If 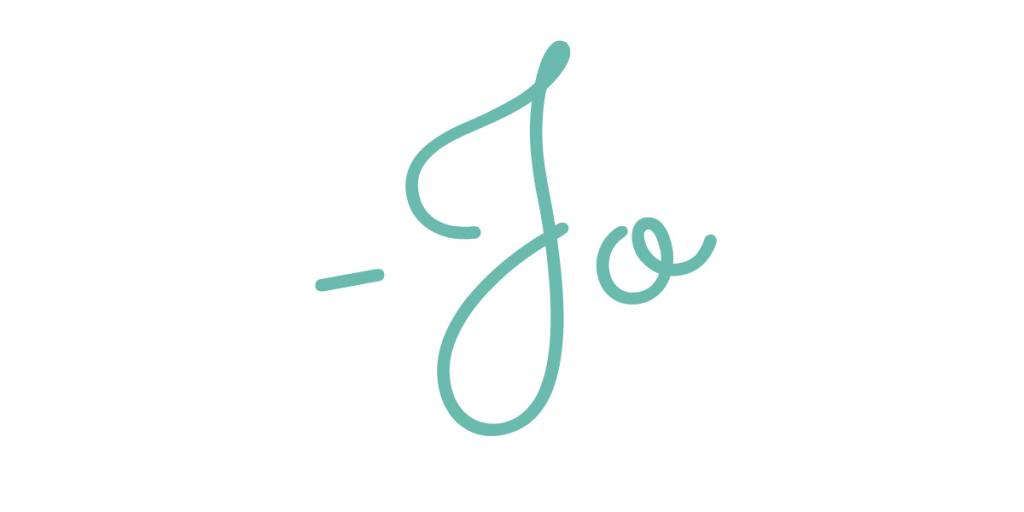 Are You in School?

It sounds so lame, but when I was in college, buying textbooks online was almost unheard of. I remember talking to my sister about buying