Military life is different for every single military family. Some begin theirs together; others meet along the way. Some start in ROTC, others end in retirement. Some include multiple deployments, others experience multiple PCSes. Regardless of what your military life is like, there are some moments that you just have to capture.

I found this out when John was promoted and we realized after the ceremony… that we didn’t have a single picture. Not one of me pinning his new rank. Not one of him shaking hands with his commander. Not even a cheesy selfie afterward.

Not a single one.

I’m sure there will be other promotions, but that was the first one of our marriage, the first one that we got to both celebrate together. 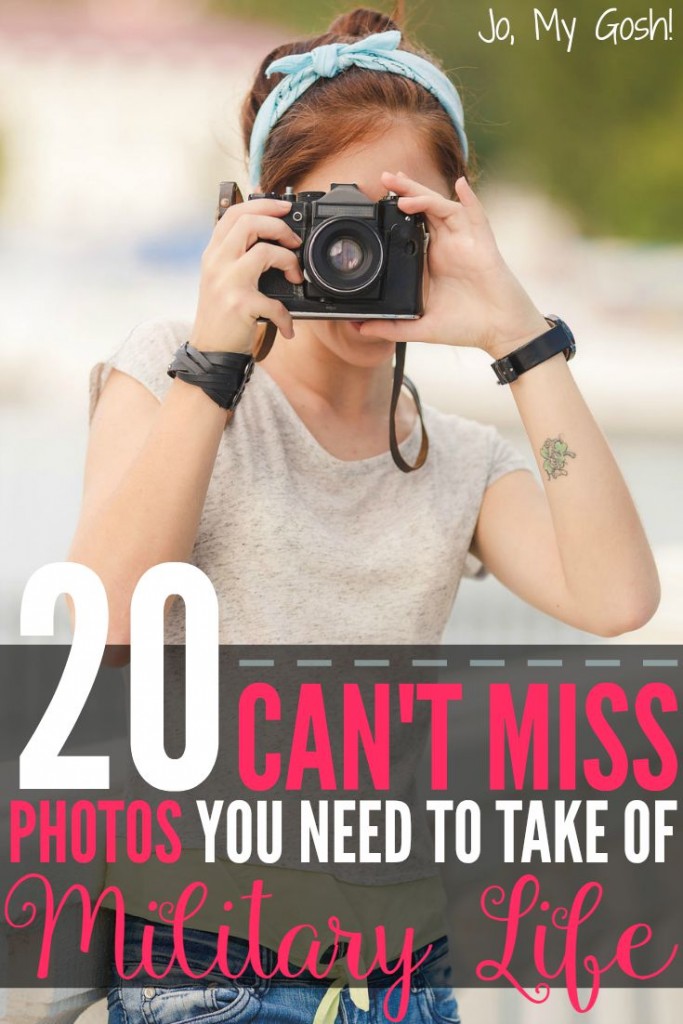 I mean, I’m not crying buckets of tears over it. But still– it’s something that I wish we had for our scrapbook.

And that got me thinking… what other photos should we be snapping along our military journey? 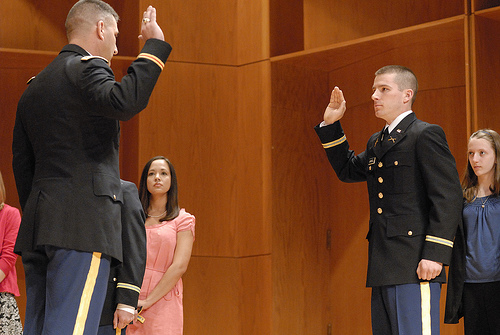 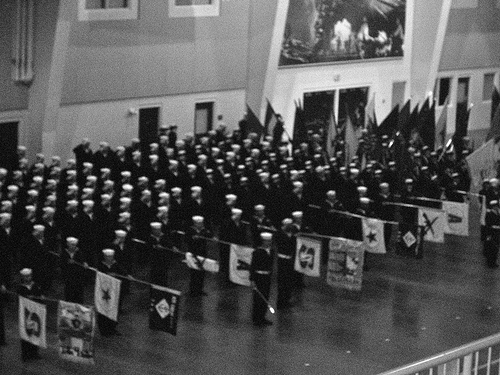 Waiting in anticipation for homecoming 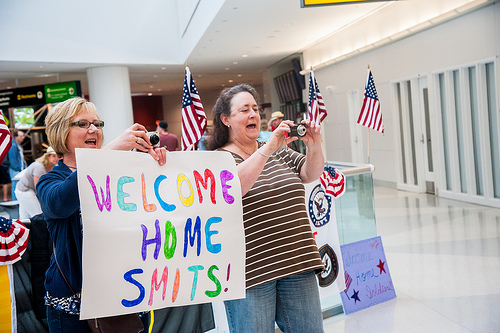 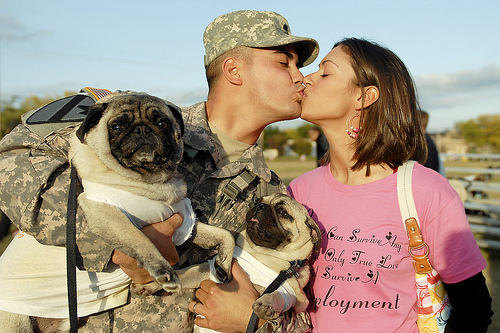 Wedding (if you have a military one) 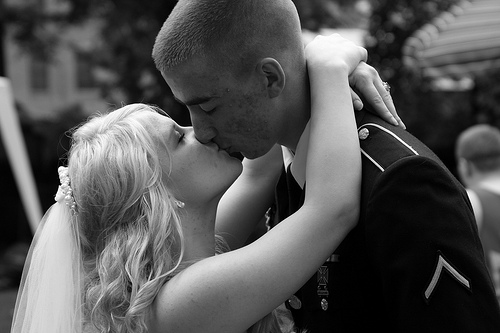 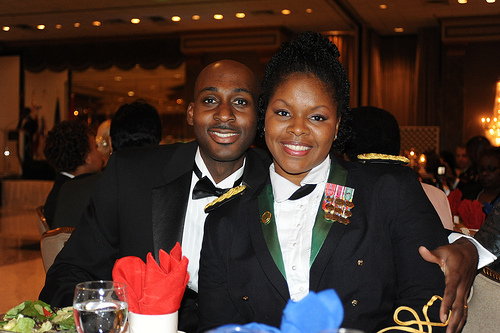 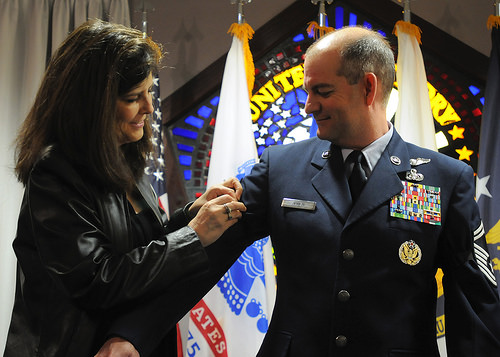 Do it yourself PCS road trip 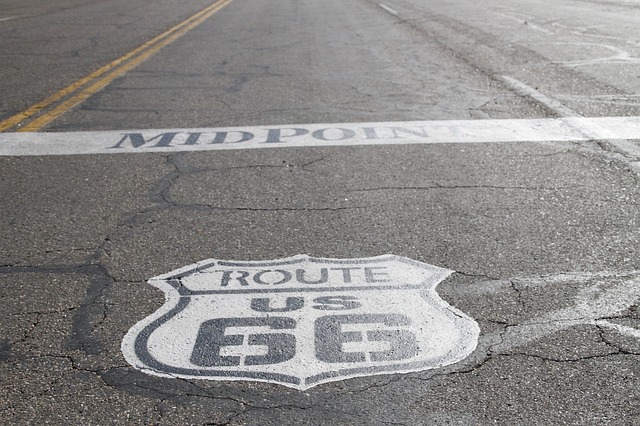 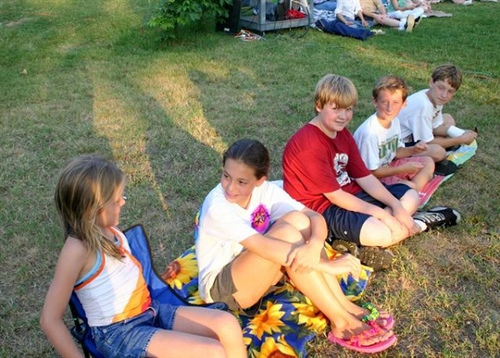 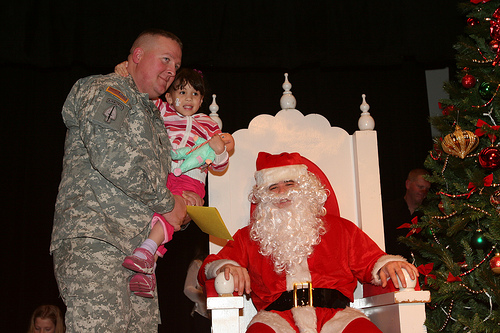 Baby with military stuff (you know exactly the kind of photos I’m talking about!) 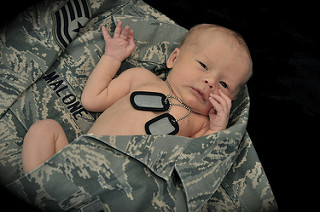 Kids and uniformed parent doing something absolutely adorable and unconventional (like swinging on swings or playing Pretty, Pretty Princess)

The Times Square Kiss pose that every couple tries at least once (Guilty as charged!) 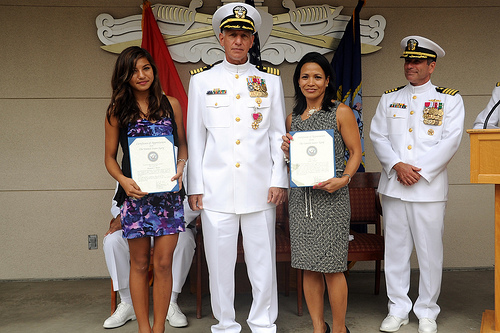 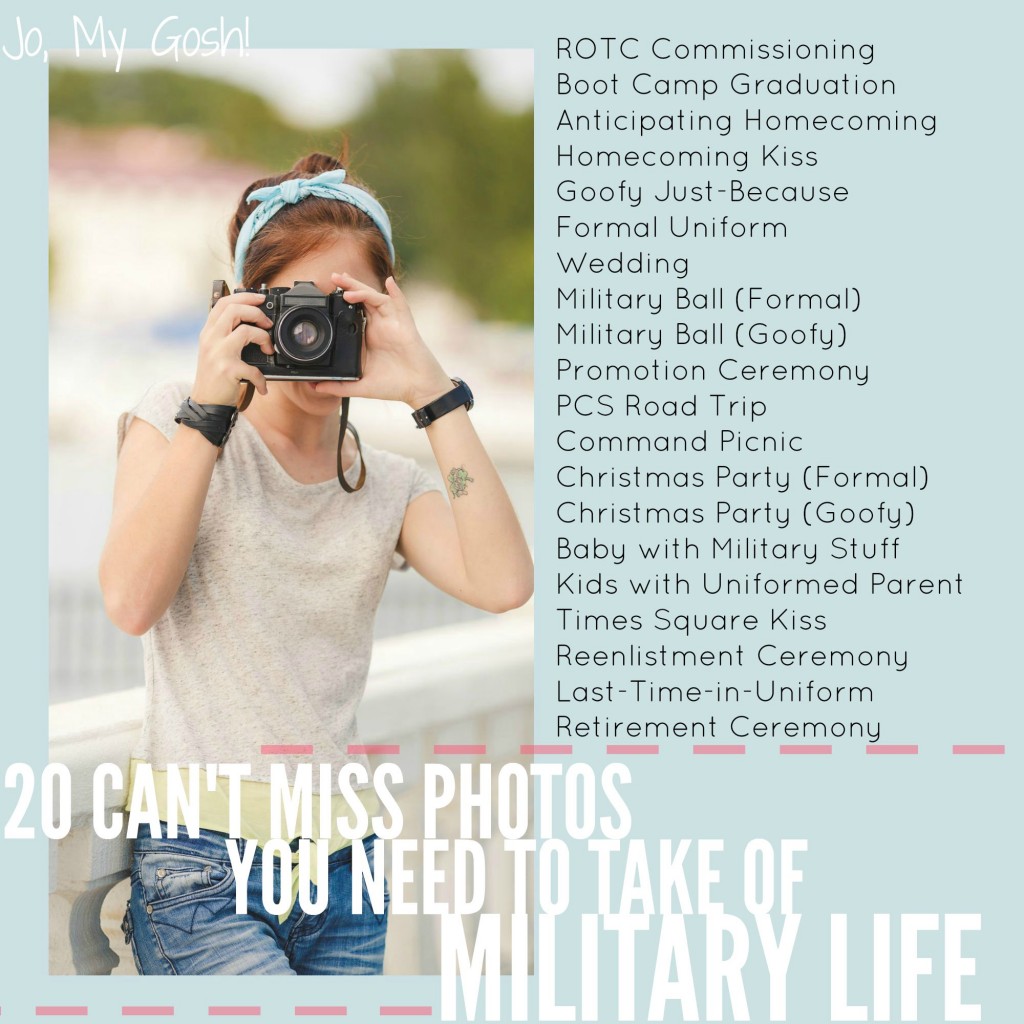 How many of these do you have? What are your must-have photos from military life? Leave them in the comments below! 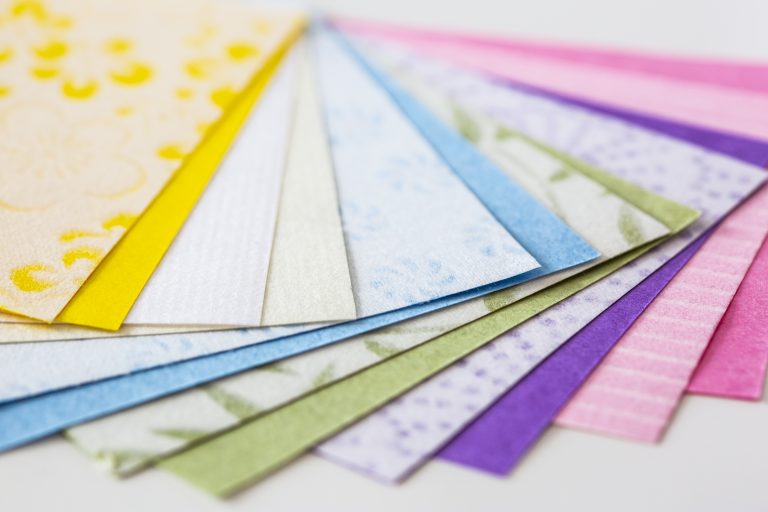 Care packages are one of those things that are at the center of deployment for military significant others. For me, they were always a tangible 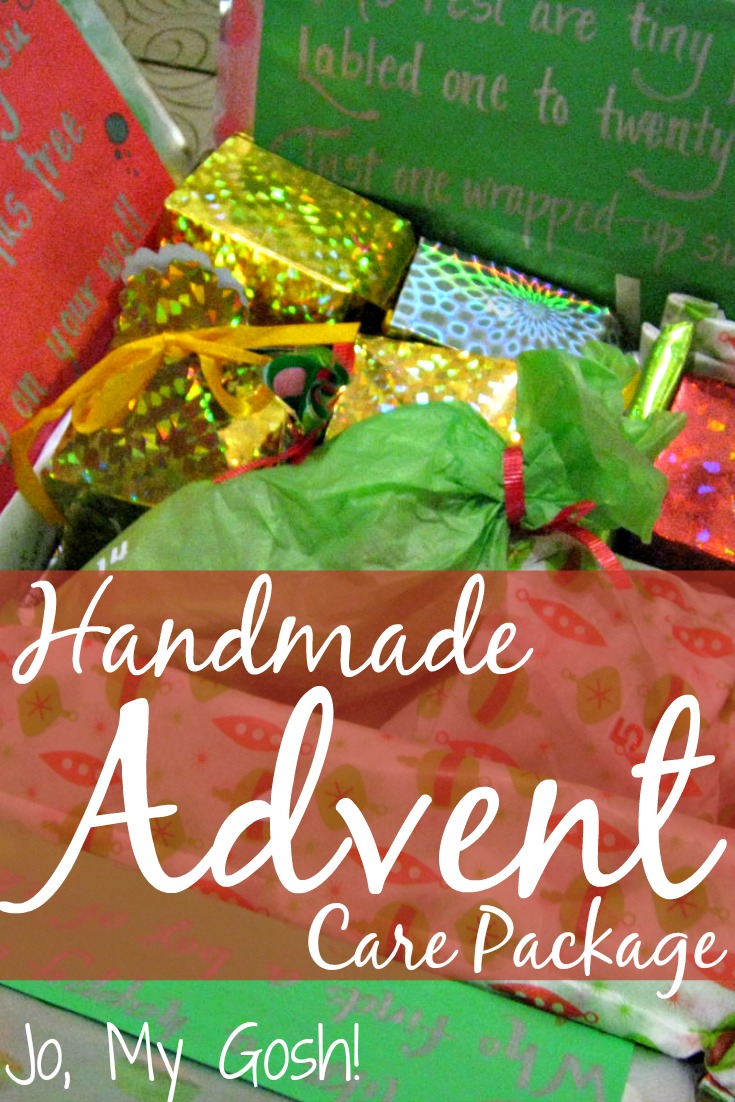 Woohoo! It’s time for another care package update. I actually constructed this box in the summer but ended up holding onto it until I sent