4 Ways to Teach Kids About Service and Sacrifice 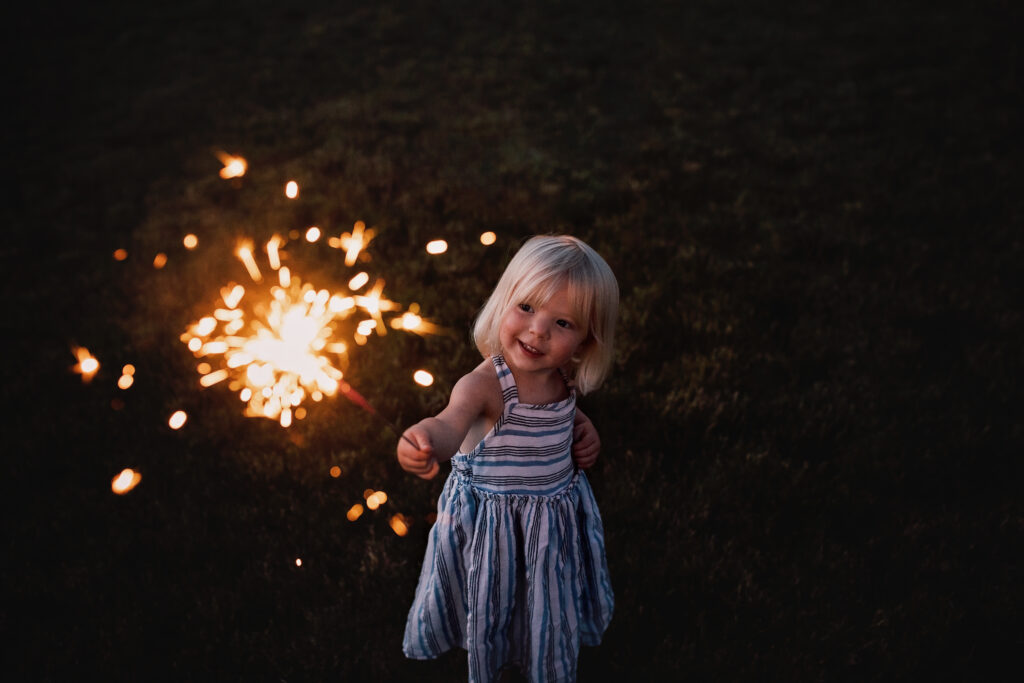 This post is sponsored by Wounded Warrior Project. All work and opinions are my own.

When I was a high school teacher, I learned two very important things:

Great things– great, teachable moments– happen at the edge of comfort zones. And talking about service and sacrifice can be one of those tough conversations because it is so counter-cultural. Putting someone else above oneself or working in the service of a higher calling can oftentimes feel foreign in our self-centered culture. After all– what is in it for the people serving others or our nation selflessly?

Having these conversations early and often can make it less tough and more routine. And it can lead to deeper conversations, growing empathy within your kids, and a lot of memorable times. Here are a few ideas for how to do that. 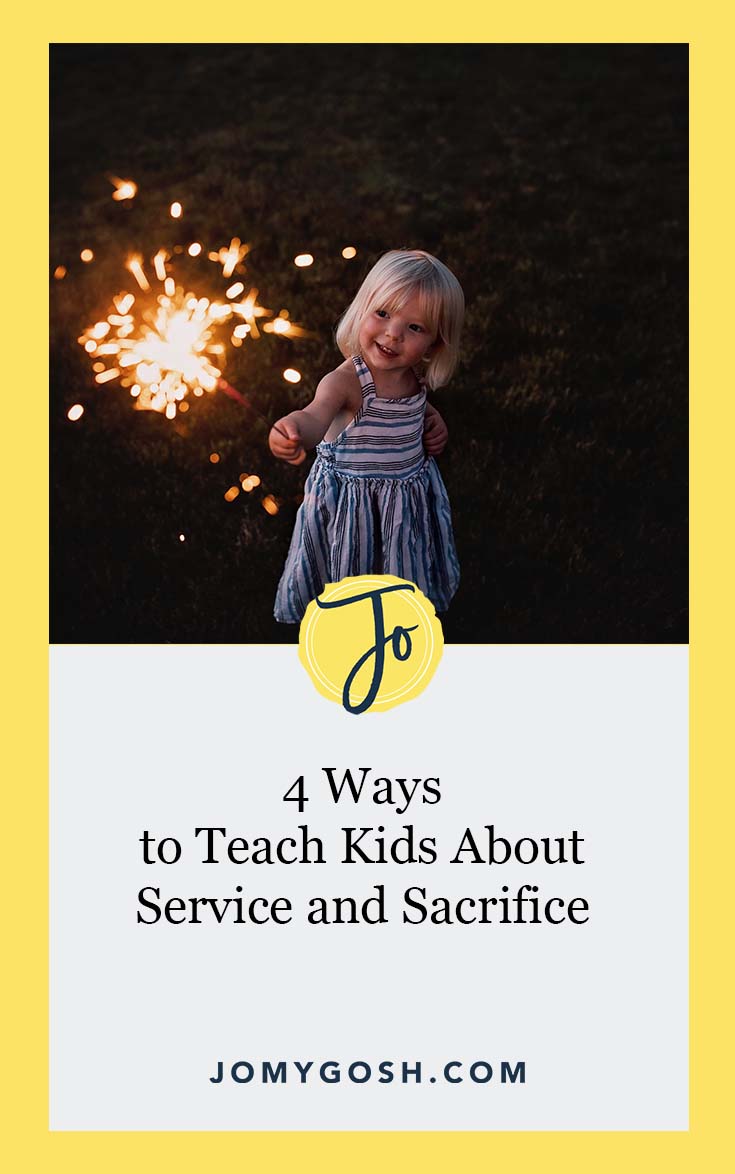 When you notice service and sacrifice– whether it’s in the news, in real life, in a movie, or somewhere else– make a point to talk about it. You don’t have to give a sermon or have all the answers; it can be super easy.

The more kids think about what it means to serve others and to sacrifice–whether big or little things, in large or small situations– the more they’ll be attuned to it. It’s more likely they’ll hold those values dear if they see that you do, too.

The military community can be insular. We’re often putting out our own fires– like PCSing, dealing with deployment, learning our way around EFMP policies– that it can be hard to look past our immediate needs. But the truth is, it’s healthy and good for kids to see examples of people making sacrifices outside of their immediate family, as well as outside of the military community. A great way to do that? Books! Stories of service and sacrifice are not only plentiful in literature for kids through teens, they’re also riveting. Try these:

As a military family, it’s likely you know a thing or two about service and sacrifice. But do you talk about why Mom chose a career as a soldier or why Grandpa volunteers at the USO? Do your kids connect the hard stuff of military life with noble ideals, like service and sacrifice? Do they see themselves as part of that story?

There’s nothing more instructive–and memorable!– than spending time together as a family doing something. Make meaningful memories this year together by participating in Wounded Warrior Project (WWP)’s virtual Carry Forward 5K, delivered by CSX.

While mostly everything has gone virtual this year, this virtual 5K happens very much in real life— wherever and whenever you’d like to participate. Pick a trail to hike. Walk around your neighborhood. Take the dog for a family run. No matter how you choose to carry out your virtual Carry Forward 5K, you’ll be supporting the mission of WWP — to honor and empower Wounded Warriors.

As you prepare for your 5K, you can choose to carry something as a symbolic sacrifice to represent the sacrifices a wounded warrior, veteran, or service member makes. Because it’s such a tangible, tactile way of talking about sacrifice and service, this is the perfect discussion to have with kids. What do they want to choose to carry? WWP suggests choosing from:

During the 5K (or before or after), you can use these discussion starters to talk about WWP, wounded warriors, sacrifice, and service. Use the discussion guide below if you need a few ideas to get started. And then join me in participating in WWP’s Carry Forward by signing up here. 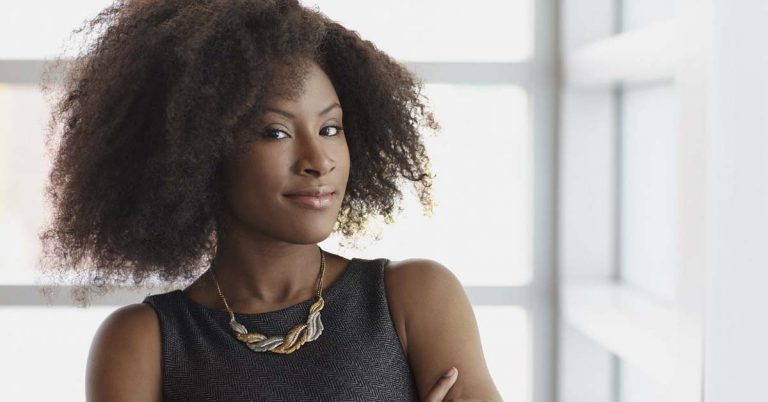 To the Milspouse Unsure of Their Next Career Step

A having career as a milspouse can be tough. If you’re like me, you had to quit your job to get married and move to 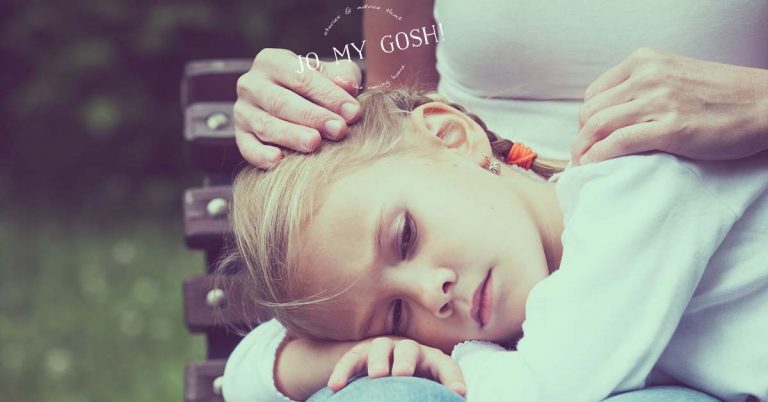 For Every Milspouse Who Has Wondered, “Can I Cry in Front of Them?”

My phone buzzed. An email from a brand-new Jo, My Gosh! reader popped up on my screen. I love hearing from military spouses and significant 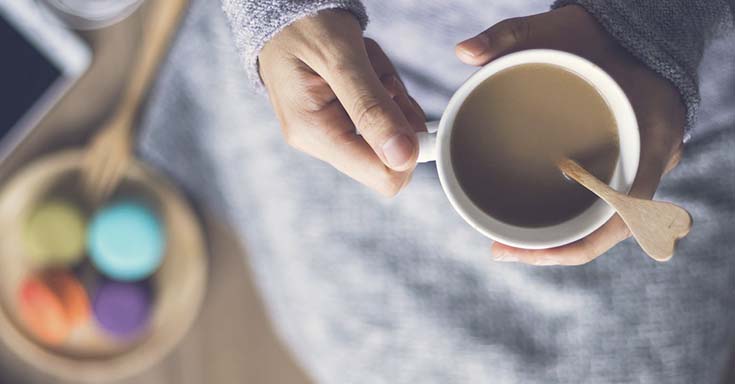 Looking forward to the new year can be as scary as it is fun. As we leave this worn-in year, 2018 is a big, blank