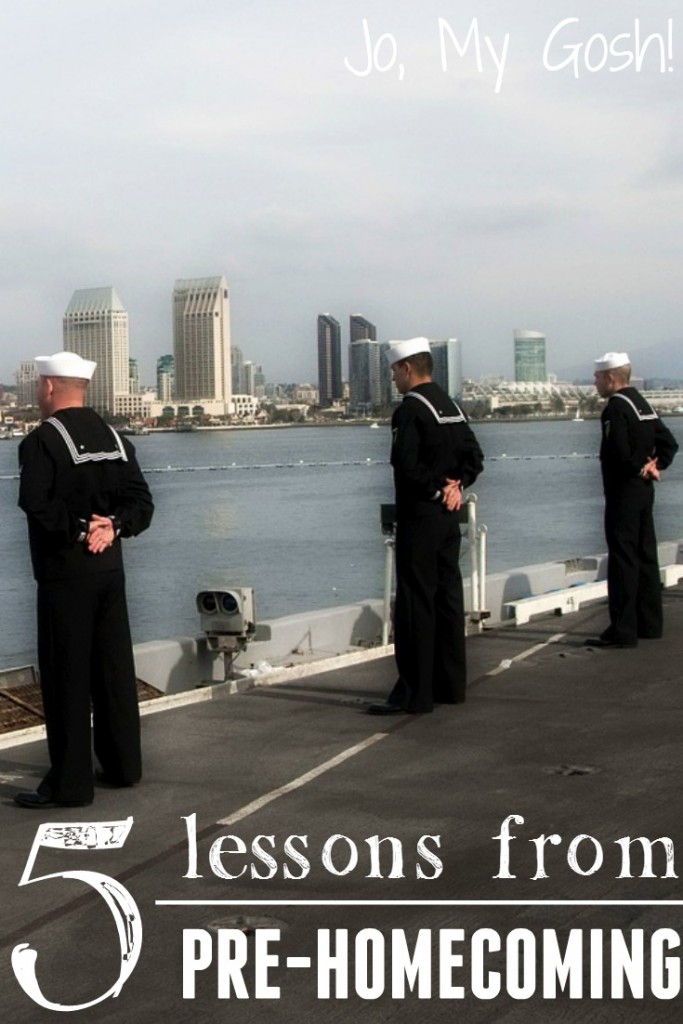 I’m going to level with you: I’ve been trying to write homecoming posts this entire week, and I’ve got nothing. Weird, right? You would think that, filled with so much happiness, joy, and relief, I’d be dashing off a dozen happy posts.

I wrote about the homecoming sign I made for John’s return, and then after that… nothing. I don’t want to write something that sounds dis-genuine or forced, so I’m going to take it slow and start from the beginning: pre-homecoming.

Here are five things I learned in the last few weeks while waiting for John to come home.

John’s homecoming was (apparently, from what I understand) a little unusual because we knew the date (and miraculously enough, the time) for about two weeks. Having so much time gave me a chance to get my ducks in a row in those two weeks; however, I had been preparing in increments even before we knew his arrival date. I made packing to-do lists, had prepared everything for my absence at work, had the gas tank filled up, and had my camera charged long, long before the day arrived.

Don’t expect to sleep much but try anyway.

I really didn’t get anywhere close to a full night’s rest for the last the last three or so weeks before John came home. I would fall asleep later, wake up earlier, and be jarred awake throughout what little time I did sleep with a racing heart or weird dreams. I found that exercise helped the most. That and cookies. (I know, I know: it always comes back to food for me.)

John wanted nothing to do with the stuff he’d been shlepping around Afghanistan and across the world when he came home and previously asked me to grab a few essentials and bring them with me. Going shopping for it and putting it together helped me feel like I was doing something productive (like care packages did during the deployment) and it killed an afternoon. Of course it will depend on your service member and the things they want, but here’s what I packed: a few sets of very recently washed clean clothes, underwear, and socks, new shampoo and body wash, a new toothbrush, new deodorant, and new aftershave.

Try not to imagine what the homecoming will be like.

That’s really, really hard, I know. I imagined it at least once a day, every day for 360 days. I imagined it before he left on deployment. I imagined it as I drove away from the terminal when he deployed last summer. I had dreams about it. But plans change: they change fast, and the homecoming is not ever going to be exactly the way you imagine it. (More on that later.)

Be okay with not being excited.

I don’t know if anyone else has felt like this or if I’m just strange.  I didn’t get really jittery and super excited until about an hour before our reunion. My brain just didn’t want to let me get excited, and then be disappointed when the time was pushed back, or they were delayed in some country, or… the possibilities are endless when it comes to the military. And honestly, after a year, it didn’t feel “real” anyway. I felt pretty guilty about feeling more or less numb in the days leading up to John’s homecoming– wasn’t I a good fiancee? in love with him? actually happy he was coming home? If you feel that way, don’t worry about it– you’ll get excited in your own time!

PS. Want more camaraderie? Here are 51 tips for deployment, homecoming, and everything in between. You can also see what life’s like for us a year after homecoming. 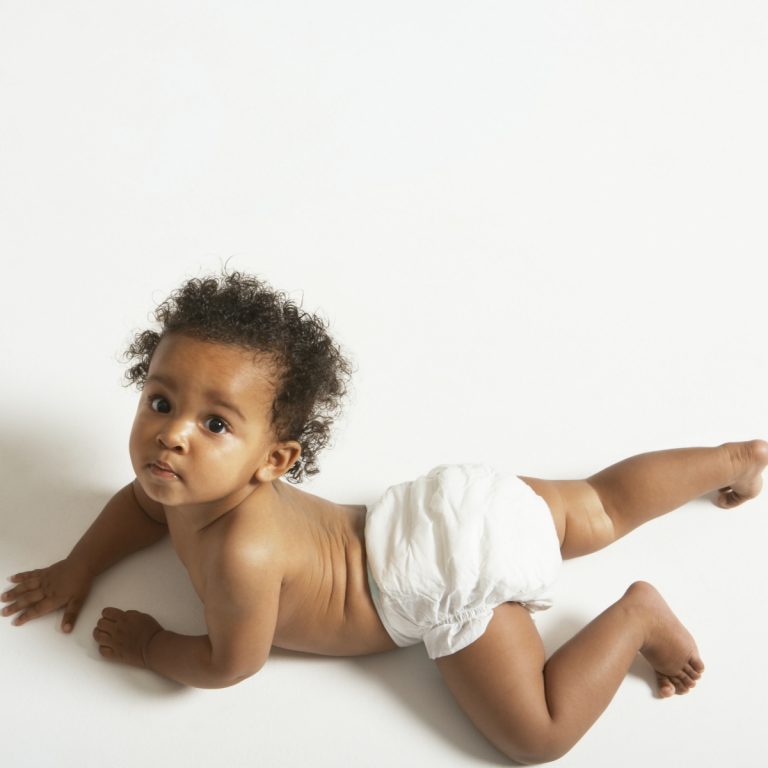 Woohoo! A new baby has entered your life. And this means it’s time to send a cute, tiny bundle of gifts to help restore the 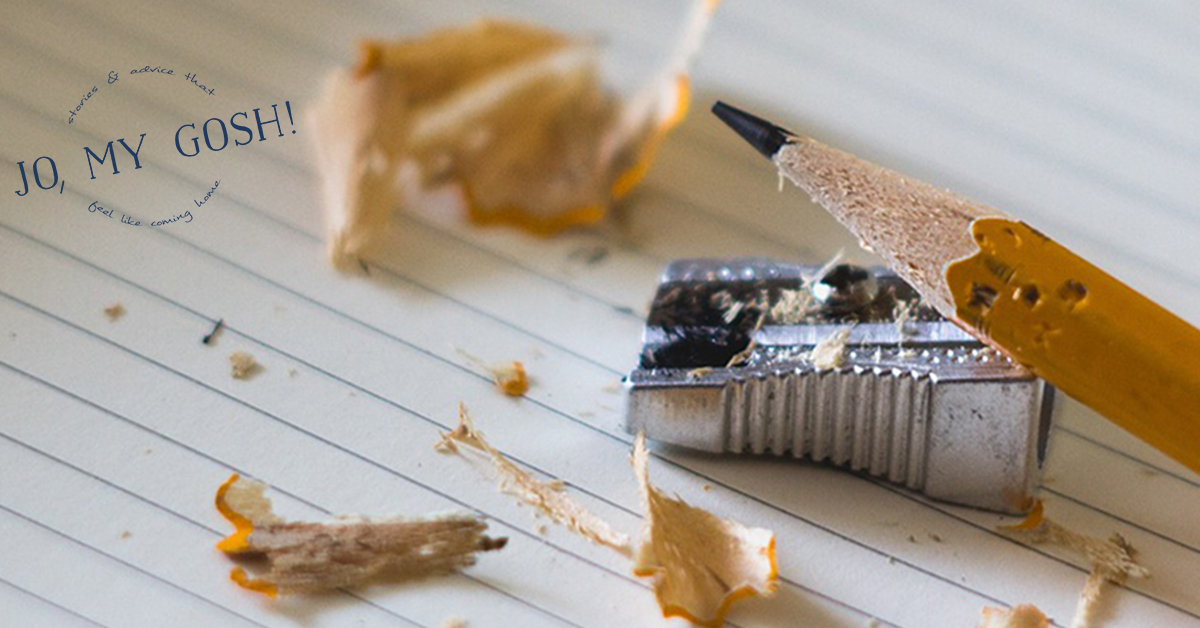 Thanks to Rob Aeschbach, blogger and founder of  The Military Financial Planner LLC. Rob’s both a military veteran and a current military spouse who is 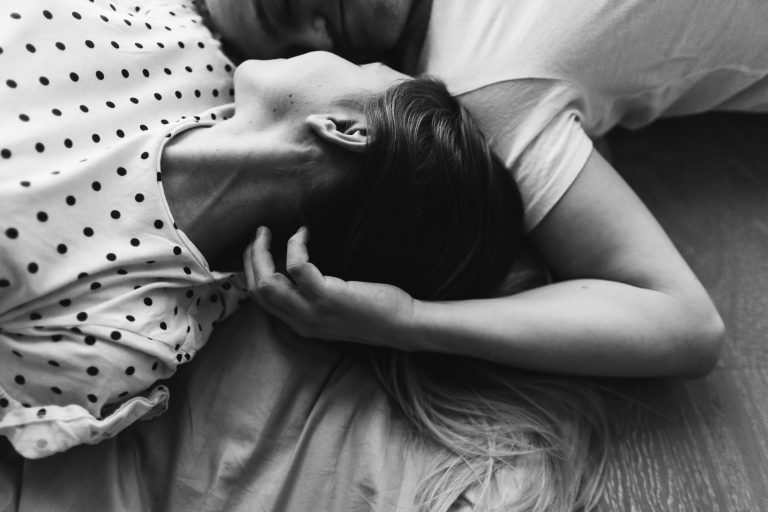 5 Reasons Why You Shouldn’t Date Someone in the Military

Hear this truth:  Military life isn’t for everyone. Some of folks genuinely like it; others put up with it because it is a condition of