32 Reasons Why You’re Going to Rock This Deployment 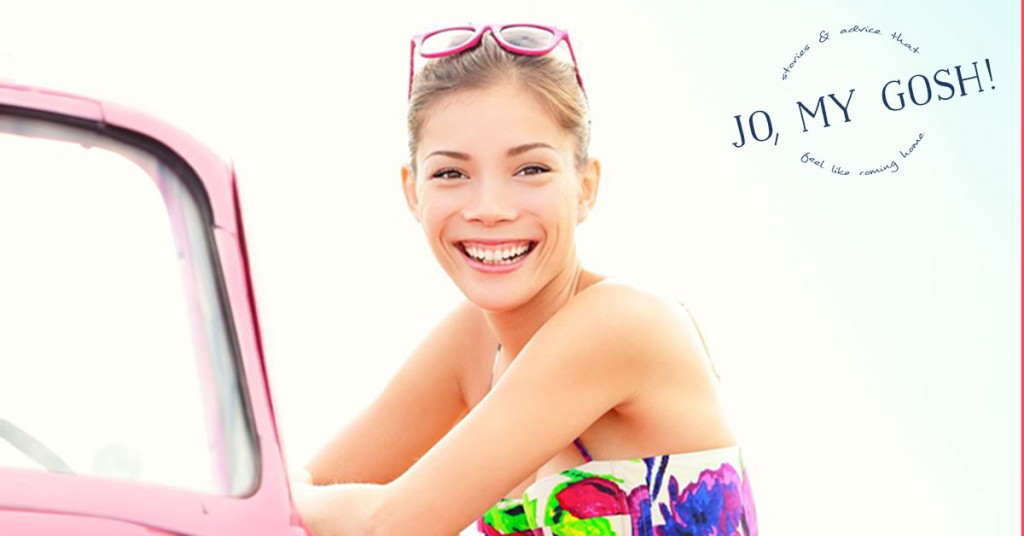 I think that too often in the military community, we talk about how hard deployment can be, and then we say all kinds nice things to each other that don’t really mean too much.

And hear me say, deployment IS hard. It IS tough. But it is not impossible (even when it seems like it is). There are lots of people cheering you on and many, many military spouses and significant others who have been where you are and have come out on the other side.

If you’re coming up to a deployment or are currently going through one, here’s a list of concrete, real reasons why you’ve got this: 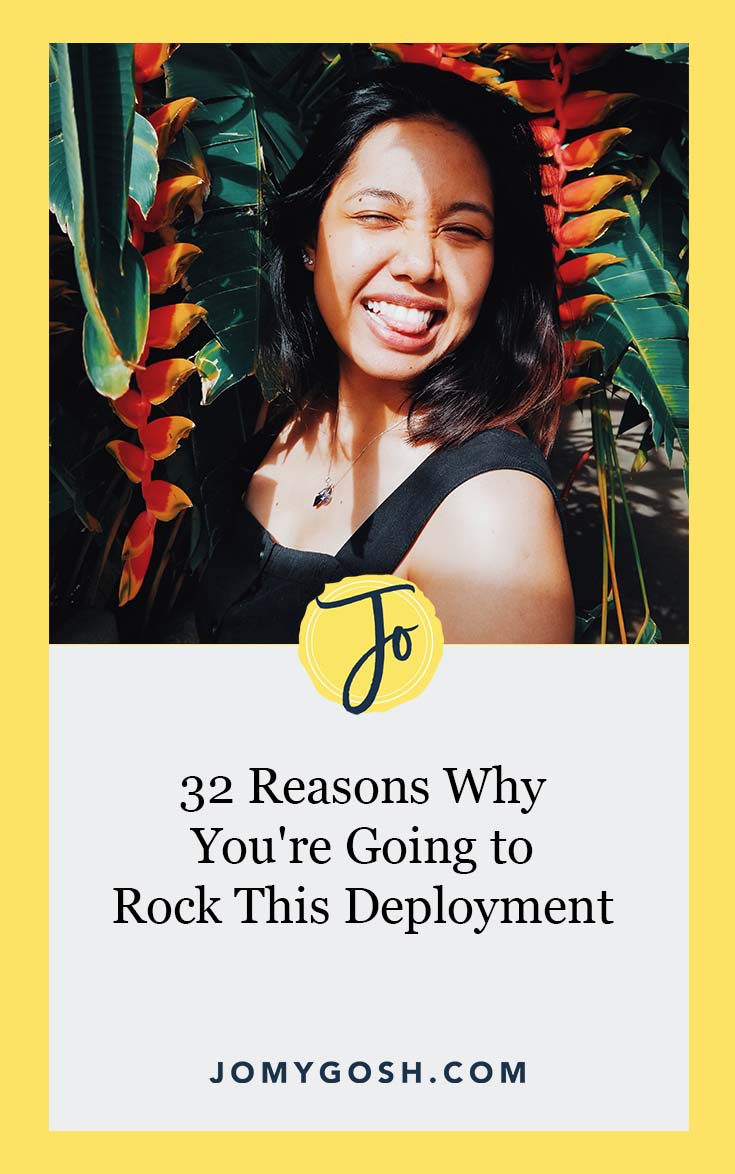 Because if I can do it (and I’m a self-proclaimed wuss), you can too.

Because the internet exists… and until just a decade or so ago, the easiest way to communicate was by phone… and before that, it was letters.

Because somewhere, someone has it worse than you, and they’re kicking this deployment’s butt.

Because some of our grandparents (or great-grandparents– gosh, I feel old) spent four years apart from each other without R&R to crane kick Hitler in the face.

Because care packages are fun to throw yourself into. (And I’ve got the 411 on everything you could possibly want to know about them.)

Because there’s something cathartic about crying in the shower.

Because The Princess Bride is in the $5 bin at Wal-Mart.

Because you can buy pre-made icing and eat it out of the tub with a spoon. (Oh, that’s just me?)

Because deployment is a great time to spend a little me-time improving on something or learning something new.

Because I’m here for you (and so are a lot of other military spouse bloggers)!

Because The Mindy Project, New Girl, Parks and Rec, and 30 Rock. (Do I need to explain that any further?)

Because you don’t have to shave your legs! (And the peasants rejoiced.)

Because there are organizations and programs that can help you out. Like these.

Because it’s a great time to open up that box of note cards and write letters.

Because sometimes distance really does make the heart grow fonder.

Because there are Ryan Gosling memes to help you through the tough times.

Because this is the perfect time to do all of the things that he’s (or she’s) not too keen on.

Because that homecoming kiss is pretty awesome.

Because the homecoming picture is pretty awesome, too.

Because you can set a career goal and work towards making it happen.

Because, Netflix, Amazon Prime, and Hulu.

Because this video exists and you can watch it for free… as many times as you want. Every day. Yes. Every day.

Because even though deployment feels like it lasts forever (and I get it, I know it does), it really will end. I promise.

Because having something to look forward to is fun.

Because every time you feel like giving up and don’t, you’re getting stronger.

Because you don’t have to be strong, upbeat, and amazing every day to rock a deployment.

Because getting counseling or therapy is okay if you need it. And you’re rocking deployment if you’re getting the help and support you need.

Because, if today’s terrible, it doesn’t mean that tomorrow will be.

Last year was a huge success. Last year, a high school friend of mine, Kelley, spearheaded a volunteer project she calls, “Project Paper Hearts.” She

Please note: This article is not professional legal advice and is meant for entertainment purposes only. Consult a practicing lawyer in your area for information 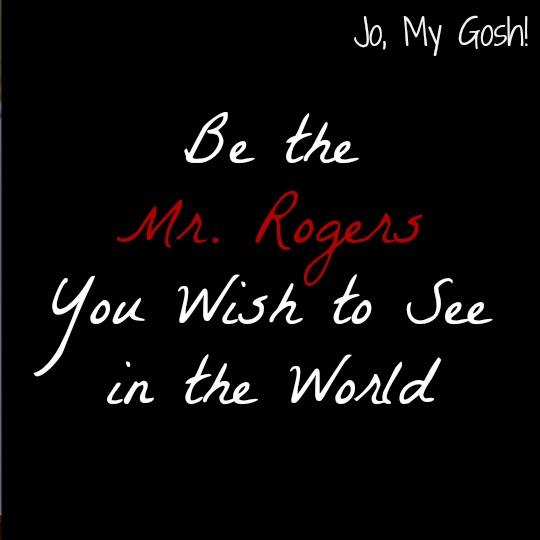 Be the Mr. Rogers You Wish to See in the World

I was fifteen when I watched the Twin Towers fall on TV in Mr. Hunter’s English 10 class. I was old enough to understand human