My First Year as a Military Wife 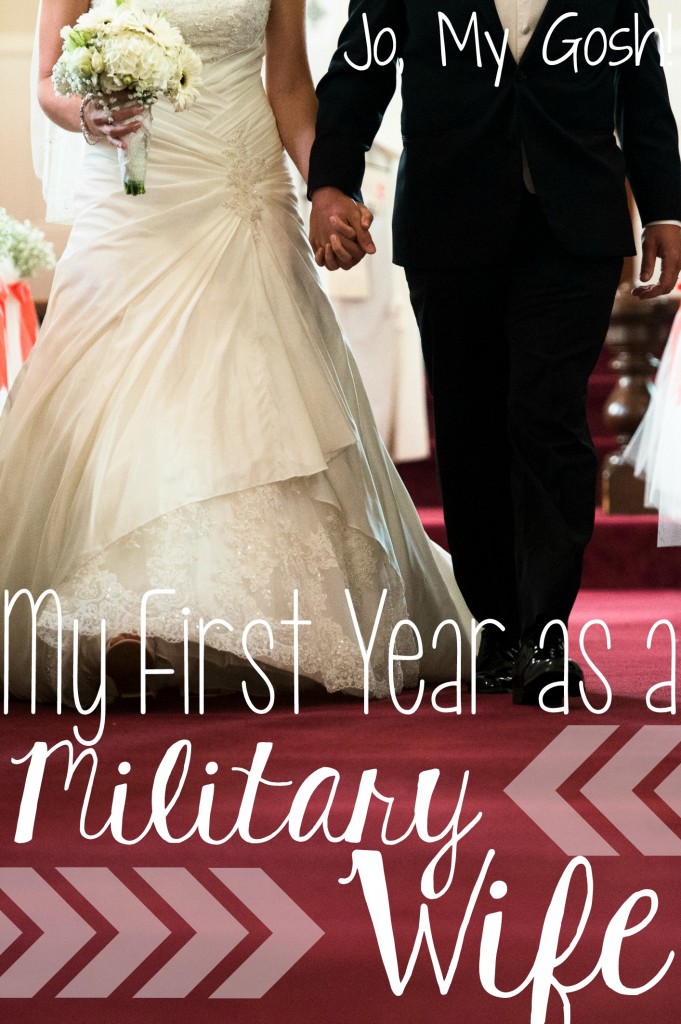 In just 2 days (ahhh!) we’ll be celebrating our first wedding anniversary! So much has happened this year– a PCS, major changes in my (un- and re-) employment, C school, totaled cars, new cars, new apartments! It seems both like we said, “I do,” much longer than a year ago… and at the same time, it seems like yesterday. I’ve done a little thinking and reflecting (just like I did at the 6-month mark), and here’s what I’ve learned about this first year of our journey together:

I am NOT married to the military.

It’s a common refrain– one that I see repeated over Pinterest and Facebook.  I understand the sentiment, but it can make you feel much more powerless in a military relationship. The military might make life a little more difficult, but I’m married to John. (And thank goodness, too. John’s way more fun to kiss and dance with.) 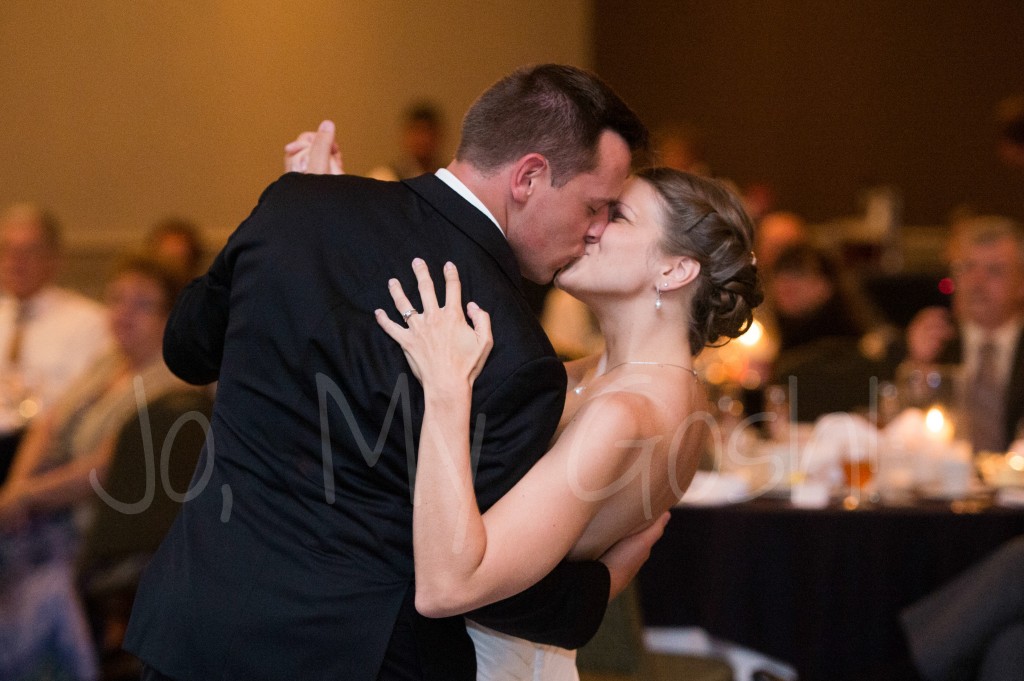 John used to tease me about my need to celebrate small things (now he wholeheartedly joins me in those celebrations). We’ve celebrated the end of the semesters, our monthly wedding anniversary… It makes life more interesting… and happier, too. Don’t stop celebrating milestones and exciting moments just because you’re married. (I mean, really– what is that?! Being married should be more fun, not less.)

And, since we don’t know what the military might bring in the next year, I’d rather celebrate more than less!

Before we were married, I lived a really independent life. I had a professional job, a paid-off car, my own apartment. I was in control.

And then I married John and everyone but me was in control. It really bothered me at first (and I would lie if I said that it still doesn’t bother me), but I’ve learned how to deal with the inconsistencies of his schedule and the demands of the military. I’ve learned how to work within the system and how to be happy and fulfilled in its confines.

It seems that military spouses generally get a bad rap– for being drama queens, or lazy dependents, or whatever. I haven’t had that experience– not in real life, not online. It’s been wonderful to be accepted by really and truly wonderful women who support each other and want the best for each other. They’ve helped me grow my freelancing business, have introduced me to other awesome spouses, have driven against I-95 traffic to meet for lunch, and have given me a lot of laughs and happiness. So thanks, ladies!

Expect to meet fantastic people. Expect to do cool stuff. Expect to have fun. And then go do those things.

At the beginning of our marriage, I read a ton of books, articles, and blog posts because I like to learn, I like to research, I want to be the best. (Yeah, I know, marriage isn’t a competition, but if we’re in this thing together, then I want us to have the best marriage we can possibly have.)

There’s really not that much “good” stuff out there. I’m talking about writers/experts with an egalitarian viewpoint. Ones who put as much emphasis on the husband’s responsibility in the relationship as the wife’s. Ones who don’t use religion as a way to keep women in their “place” or make them feel inferior. Ones that don’t tell me that if I don’t give my husband a cold drink of water, he’ll go somewhere else to get it– not that he’s not entitled to that cold drink of water just because he’s my husband, or that maybe, just maybe, he should be patient, or, above all, that he made a vow to not go for glasses of water from other people. (No really, the glass of water analogy was a real thing. Really, really bad advice. And a cringe-worthy analogy.) It just doesn’t apply to us and how our relationship functions. So we’ve foregone the relationship advice from nameless, faceless “experts.” We’re sticking to advice from people we know and trust.

The bathroom is hard to give up.

I joke about it, but really, the hardest change when it came to being married was suddenly sharing a bathroom. I hadn’t shared a bathroom with another person since the communal ones of college– and that was just with a bunch of girls on my floor. I had never shared a bathroom with a dude. Ever. John’s not a messy guy, but one day last summer, when John went to work, I sat in the bathroom and cried. Like a pansy, I know. I just had never realized I would have to give up having a bathroom to myself when we got married– it never crossed my mind. (Now, go ahead and laugh. I know it’s a silly thing!)

“Thinking about starting your family?” It’s a common question we get– especially when we’re meeting new people who hear that we’re newlyweds. In the military community, it can feel like we’re not a legitimate family– after all, there are tons of families (some with parents younger than we are) with cute kids. We’re not sure what will happen with children– but we’re not feeling pressured to make the decision any time soon. We’re already a complete family.

Before we got married– before we were even dating– I had made the decision that I wouldn’t solely take my husband’s last name (if I happened to ever get married, that is). But it was really hard for me to decide what my last name would be. Should I keep my last name entirely? Hyphenate? Do something different like combine them both? Use my maiden name as a second middle name?

After a lot of tears (I’m sorry, I’m a crier!) and soul-searching, I made the decision to hyphenate my last name. I may have raised some eyebrows (I’d like to think society is more advanced than that), and I may have  to deal with some annoying stuff when it comes to records or the way people write it, but I am so glad that I hyphenated. It’s the perfect way to honor and merge both of my identities and families– the one that raised me and the one that I married into. It’s a name that I’m really proud of (if you type my name into Google, I’m literally the only person in the entire world with it) and one that we’re both comfortable with and protective of.

The first year of marriage goes by fast. Don’t sit back and let it happen. Go do stuff. Have fun. Be awesome– have a year worth remembering. 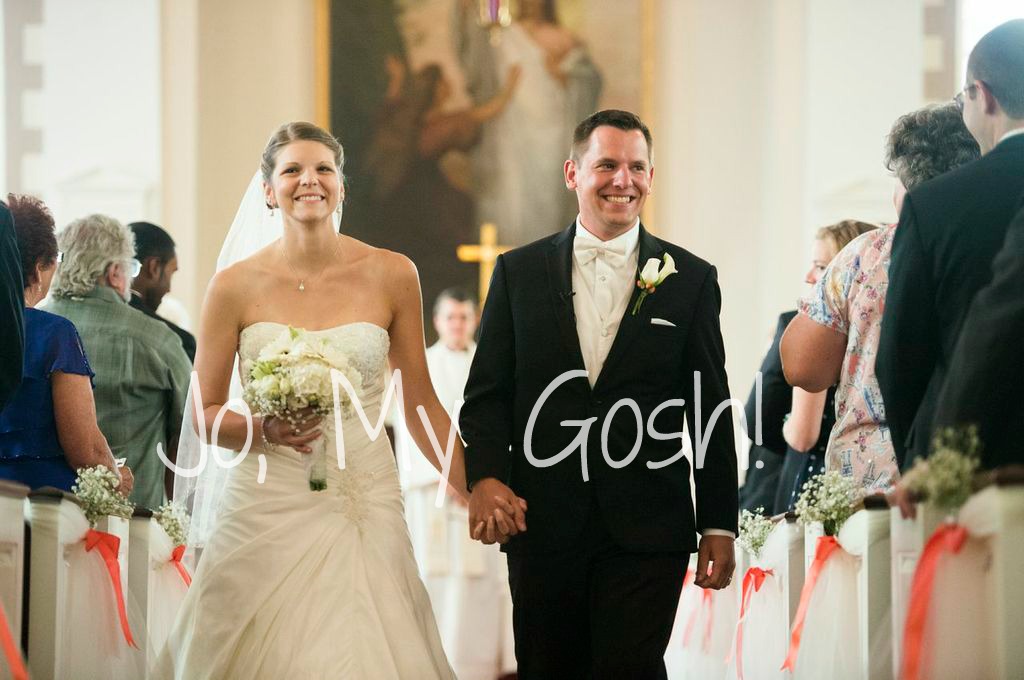 Mid-Atlantic and Northeast US Hypothermia Hotlines

Now that the winter seems to finally be getting serious, we’re starting to see temperatures that are dipping to below (or well below) freezing. In

I’m the Girl Who…

…has met Jimmy Carter and President Obama (and shook both of their hands) and saw George Bush, Sr. and Bill Clinton in person. I just