What a Family Heirloom Taught Me About the Military Spouse Community 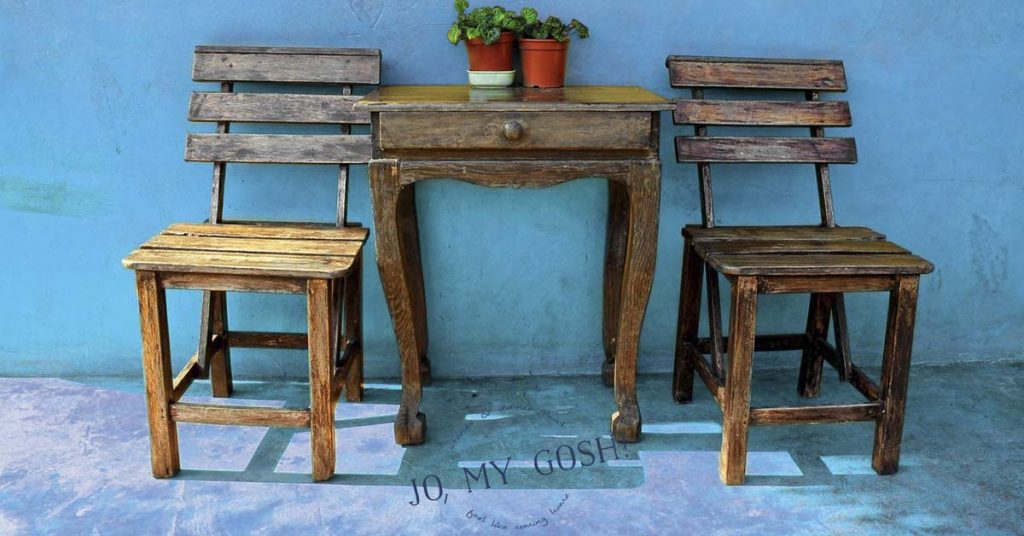 It’s been raining for about 18 days so far. The weather is grey. The rain is grey. Everything is grey.

It matches my mood.

I’ve been discouraged and frustrated lately. Usually I’m a cheerleader of the military community. I’m excited by the initiative, the creativity, the passion that so many military-affiliated people possess. 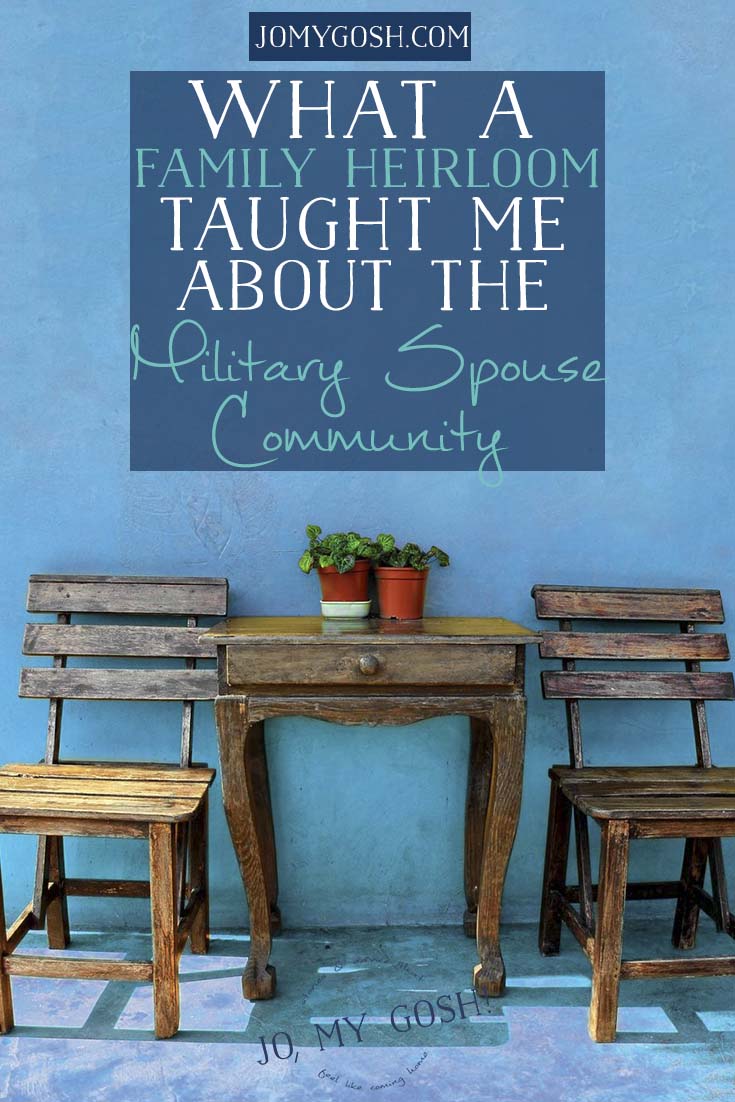 Social media has exploded once again (does it ever stop, really?) with all-too familiar hateful comments about military spouses– often much of it coming from other spouses or service members. Someone I know was personally attacked by this kind of hateful rhetoric and it was devastating. A friend just told me her story about being blatantly, painfully ignored by spouses she thought were her friends. I’ve gotten more than a few emails from readers telling me that they no longer volunteer or participate in military-affiliated organizations because they can’t stand the “drama” anymore. And so many spouses are so lonely. I hurt for them– for our community.

Usually, I can absorb it and say, “Well, that’s not the military community I know.”

Or, “Maybe that was just a mistake. Maybe you misinterpreted something.”

Or, “Maybe they were just having a rough time and took it out on you.”

Or, “It will get better. Don’t be afraid; put yourself out there.”

But in the past few weeks, those sentences sound awfully thin. And I’ve been thinking about tables. (Stick with me, I promise.) One table in particular.

In my parent’s dining room is an old, family heirloom table.

When I was a kid, I thought every family had a table like that: old, scuffed, nicked and dinged with wear, with a mechanism that expanded to fit more leaves and grow the table from a 4-foot-wide circle to a 12-foot-long oval.

While my mom usually keeps all of the leaves in the table, there were a few few times where I helped her take them out or fit them back in so that the table could shrink or grow to accommodate the people coming to dinner.

The table has hosted Christmas dinners, midnight snacks for sleepovers, a blizzard’s Monopoly tournament, teacher tea parties… and never once do I remember the table being too small for the people invited.

No one was ever turned away from that slightly warped, well worn table.

I’ve been thinking about that table a lot lately. It is perfectly how I want to envision the military spouse community— a place both smoothed and scarred by the experiences of history and those who have gone before us. A place that is ever expanding, where there are always enough chairs, always enough room.

We have the space. Now, let’s truly make room for each other.

An enlisted or officer spouse?

A really, really young spouse? The one who is an “older” newlywed?

Another spouse who does the same thing that I do…and is a competitor in my career field?

A spouse who doesn’t look like we expect him/her to?

A spouse dealing with postpartum depression?

There’s room at  the table.

The spouse with green hair and tats?

The veteran spouse who left a military career for a family?

There’s room for all of them.

Our lives are not made richer by exclusion.

[Tweet “Our lives are not made richer by exclusion. #milspouse @jomygosh”] 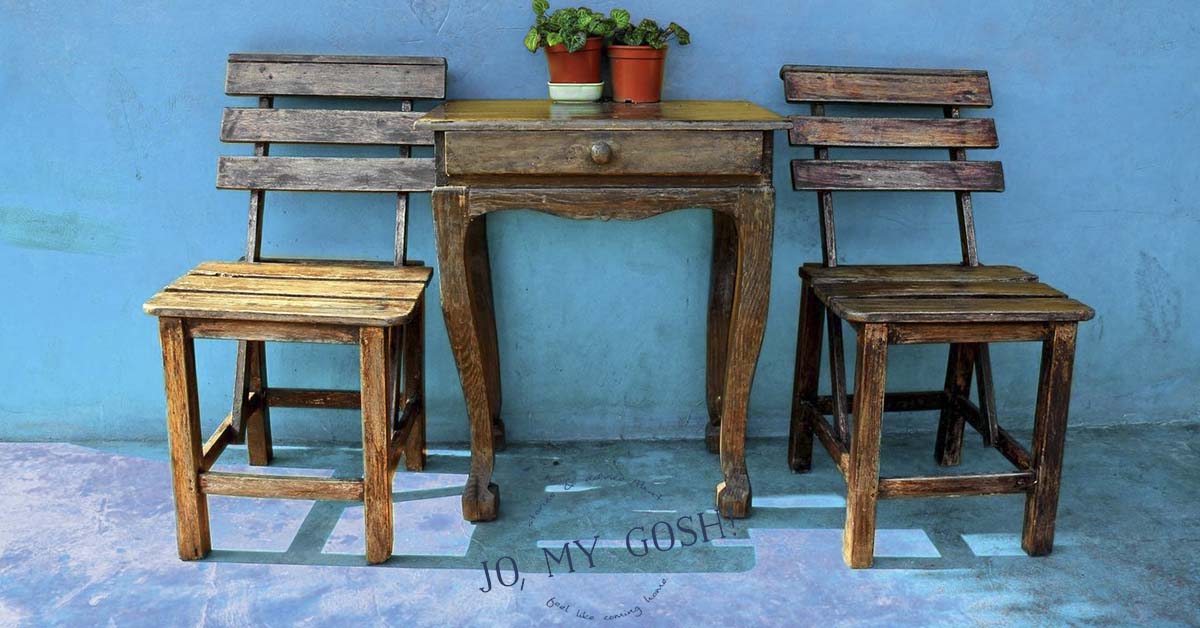 They’re made richer by diversity. By stories. By learning about each other. By sharing a cup of coffee or a chocolate chip cookie or a martini and learning to love someone who is radically different. By congratulating each other when good things happen. By mourning with each other when the unthinkable does. By offering a hand up to someone who’s struggling. By empathy. By expanding your heart even when you don’t think you can.

Even when you hurt.

Even when someone doesn’t “deserve” it.

There is room for everyone. Let’s scootch to the side and pull more chairs in. 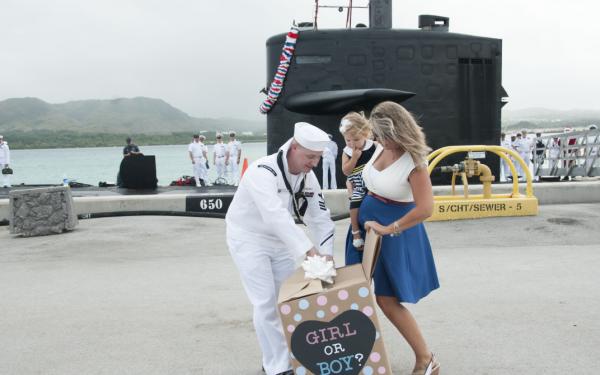 How to Help Pregnant Military Wives During Deployment

This is a sponsored post written by me on behalf of 1 Natural Way, a TRICARE breast pump provider. All opinions are entirely my own. This year 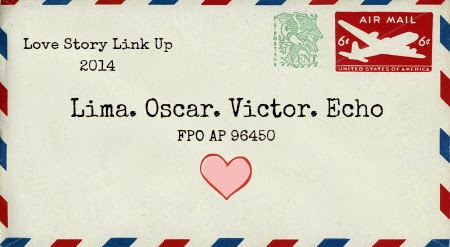 Are you dating, engaged, or married to a member of the military? My fellow blogger and milso, Jessica and I want to you to write 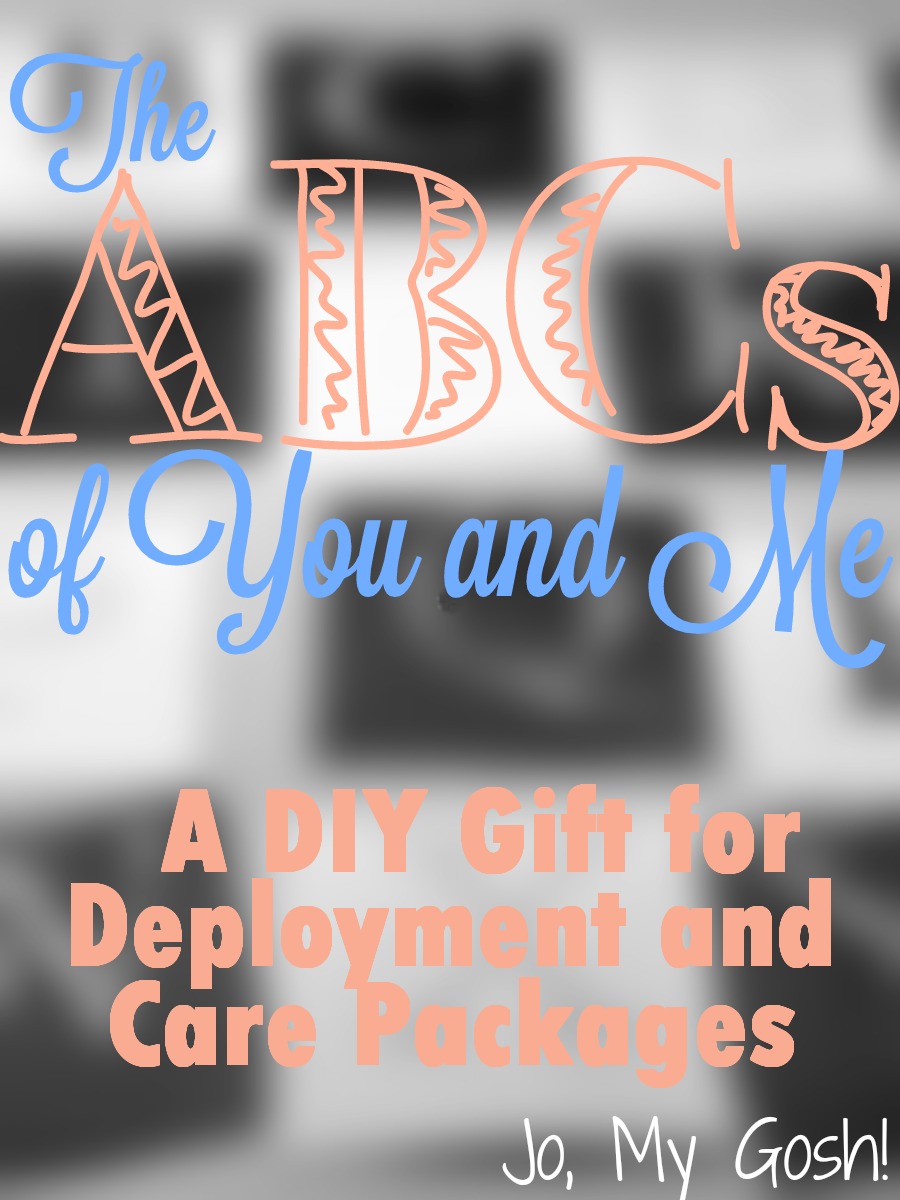