John and I got married in a more-or-less traditional wedding: a church wedding, a large-ish reception. It was something that I really wanted just because I wanted a wedding like that. We’ve been to all kinds of weddings and they have all been beautiful and meaningful in their unique ways. Even now we wonder what life would have been like had we gotten married before John went to Afghanistan. What if we had a small courthouse wedding? What if we married in a small chapel with just a few family members? Bethaney shares her thoughts on small weddings and the military lifestyle today! Enjoy!

In today’s culture, there is a huge push for the giant dream wedding. Brides who have been planning their big day since childhood, and now, Pinterest induced, they have visual boards to help make that dream a reality.

Perhaps this sounds too familiar. Anyone in or past their 20s has likely spent a day wearing a bad bridesmaid dress while encouraging a white-clad woman that, “Everything is going to be okay.” These types of weddings might be “the dream,” but they’re also stressful and expensive.

Besides, at the end of the day, married is married, right? 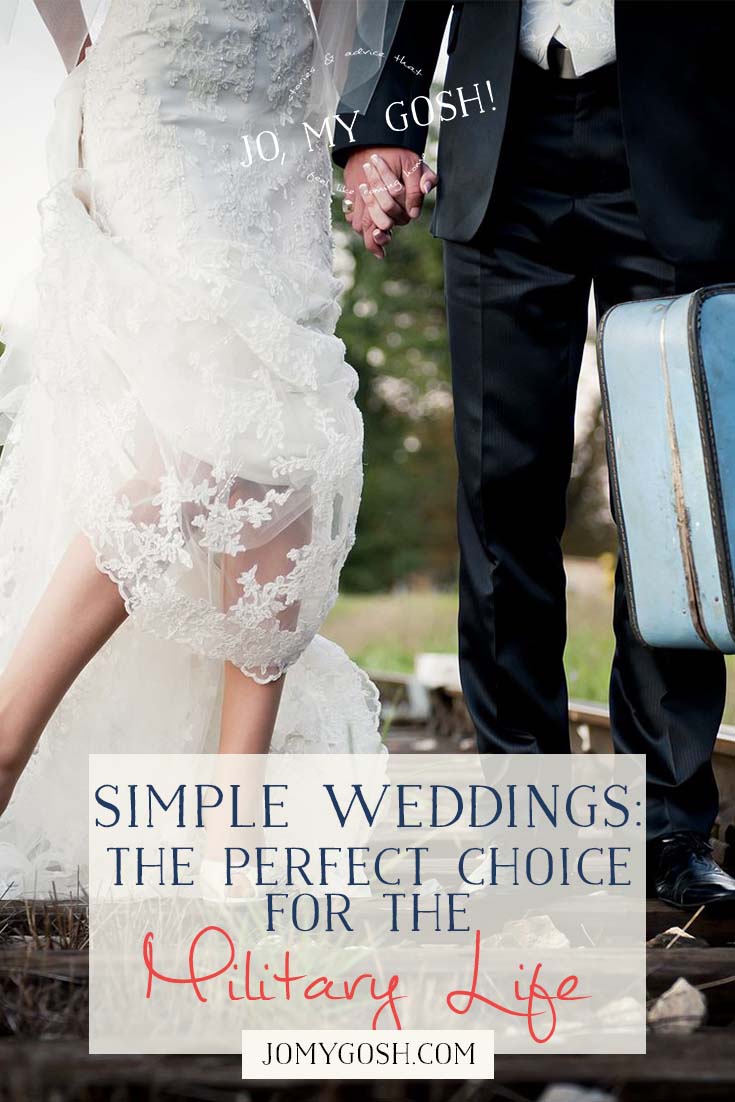 So why is there such a huge focus on having a giant to-do?

The military is one culture who has slapped a big IDGAF on these fairytale weddings. Likely more than any other type of folk, military and their betrothed have done away with the ceremony and jumped right into the good stuff: marriage.

Military Nuptials As We Know Them

There are several scenarios in which the military wedding can take place. There is the courthouse, the elopement, the “where is a witness and a judge?” Some, of course, still throw a more “traditional” wedding, but a large portion of the population simply skips that step and dives in, head-first.

Why? Weddings are expensive, they take time to plan, and often, military are stationed away from home. That leaves them with either traveling for a ceremony, or asking their family to do the same. Military training schedules and sudden changes also makes it difficult to pin down a calendar date. All in all – there are a number of factors that make an extravagant wedding difficult to foresee. So instead, they choose to keep it simple.

The Perks to a Simple Wedding

(Yes, there are a disproportionate amount of divorces too, but we’re running under the assumption that you’re marrying for keeps. There’s a population of long-haulers out there; why not be one of them?)

You’re not any less married. You don’t get an award for having a wedding. Either way you choose to do it, you’re married, so why not get there in the way that makes you most happy?

It’s affordable. A small to-do means a ceremony that’s easy on the wallet. More money for celebrating that way, right?

It’s easier to plan. No scheduling months out. No booking caterers, florists, musicians, or any other type of professionals. Reduce your stress level and consider a wedding that makes you happy, not one that you think is expected. 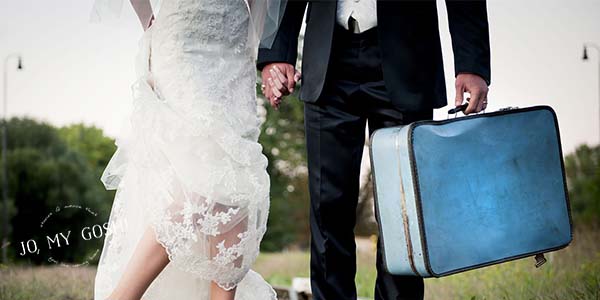 You don’t have to wait. So long as your wedding license is ready to go (most states require a two+ day waiting period), you’re all set for moving forward. Skip the months of “is it time yet?” and just do it already.

It’s trendy. Take or leave it, trends are a thing. And it just so happens to be that simple weddings are in. Whether or not this helps sway your decision, it’s definitely worth mentioning to the bride-to-be.

If you’re ready for the wedding of your dreams, remember that it doesn’t have to be a big one. Wedding in a small ceremony has been a happy choice for many, and will continue to serve as a lower-priced, lower-stressed choice for military couples – and otherwise – for years to come.

Bethaney is an Army wife and freelance writer. When she’s not typing or navigating her way through the Army, she can be found working on DIY projects or looking for a good library. Read more from her atbethaneywallace.com