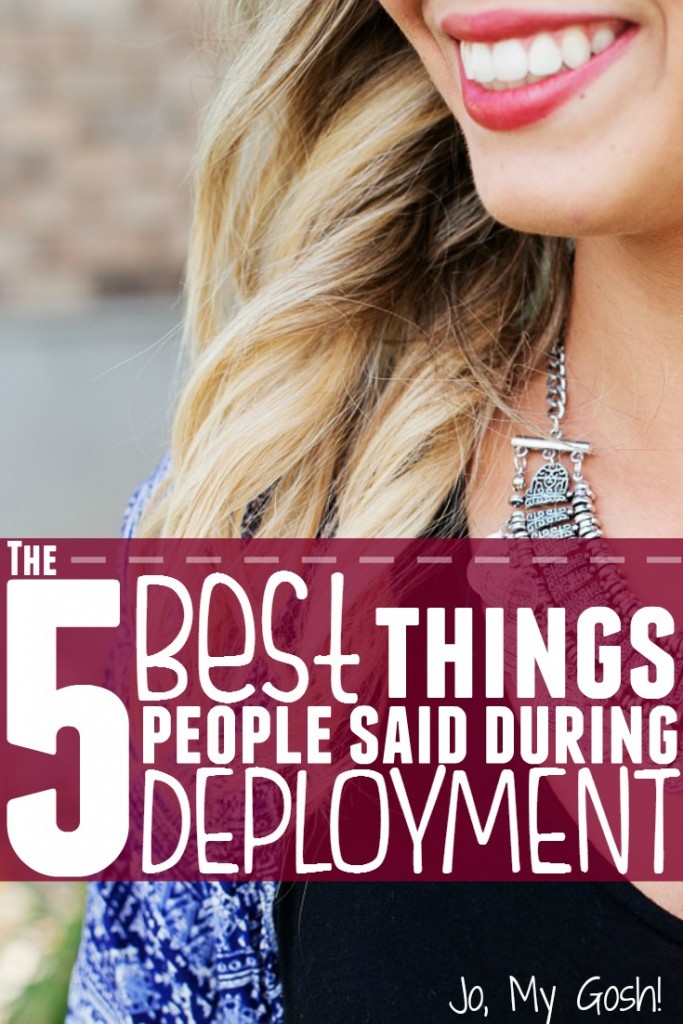 When people find out that John’s deployed to Afghanistan, and for a year no less, their comments split into two camps: helpful and kind or hurtful and annoying.

Today, I’m focusing on the helpful and kind. I was surrounded by so many wonderful, caring friends, co-workers, and family who had both John and my best interests at heart. While thinking back on this year, I realized that the best comments, the ones that made me feel great, loved, remembered (insert more fantastic adjectives here), fell roughly into five categories.

I’m sharing these for two reasons: to thank those people who were so wonderful during this deployment, and to give some ideas to people who aren’t sure what to say to others facing deployment.

“For all serving in the military, especially John in Afghanistan, Lord in Your mercy, hear our prayer.”  My home church (which is also the church we’re getting married in), put John on the Prayers of the People at the beginning of his deployment and have prayed for him every Sunday since then. Throughout this year, people– even people I don’t know– have told me that they’re praying for him. That means everything to me.

Category 2, Taking Care of Him

“What’s his address?” So many people– from close friends and family, to my third grade teacher, to friends of friends– have sent John emails, Facebook messages, cards, and care packages. Because life is so monotonous over there, those pieces of home are often the only things that really distinguish the days from each other. It made me exceptionally excited and happy every time someone told me that there was mail– electronic or otherwise– making its way to him.

“How are you holding up?” This probably goes without saying, but it’s nice, every once and a while, to be asked how I’m doing. Obviously, John’s got the harder job and has had the harder year, but sometimes it feels fantastic to talk to someone about the deployment and John without having to initiate the conversation.

“Don’t think about work while he’s home on leave.” Since the end of last school year, my co-workers had told me that (basically under pain of death) I could not set foot in school while John was home on leave. A prolonged absence meant extra work for them– covering classes, grading and submitting final exam grades and semester grades… My new principal emphatically reiterated the same sentiment almost once a month from the beginning of school. For both my co-workers’ and my principal’s generosity and selflessness, I will always, always be grateful.

“That sucks.” One of my closest friends (and bridesmaid) typed that single sentence when I told her that John was deploying. It was exactly what I wanted and needed to hear. It was better than patriotic platitudes or with well-intentioned pick-me up phrases. At the beginning of the deployment, especially, I felt a like a failure for being upset over it– sometimes it’s hard not to feel that way when people (again, with good intentions) say things like, “It’ll be over before you know it,” and “He has the internet– it’ll be like he never left.” Hearing other people acknowledge and validate my frustrations, sadness, anger, and the difficulty of the year is very cathartic.

I will never be able to repay the kind thoughts, words, and prayers from over the course of this year. I don’t think I’d even be able to repay a tenth of them. I’ve tried to thank everyone as much as I can in each situation, but I know that I have most likely, inadvertently missed someone. If you’re reading this and I have not thanked you personally, please accept my gratitude for your kindness this year and my apologies for my oversight. Every single generous word and thought has made this deployment easier for both John and me.

PS. If you’re looking for more of what I learned through John’s deployment, here you go. :-) 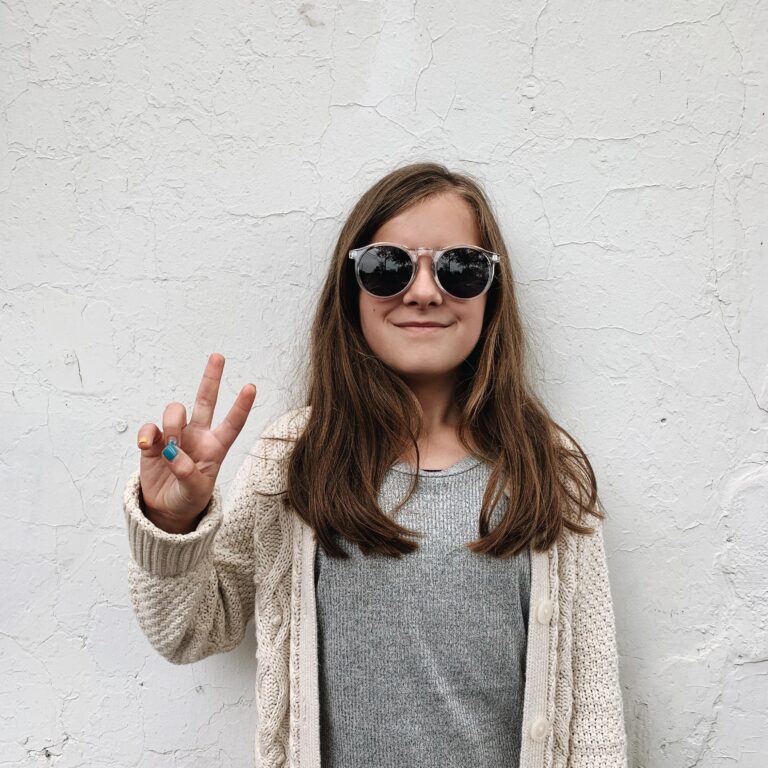 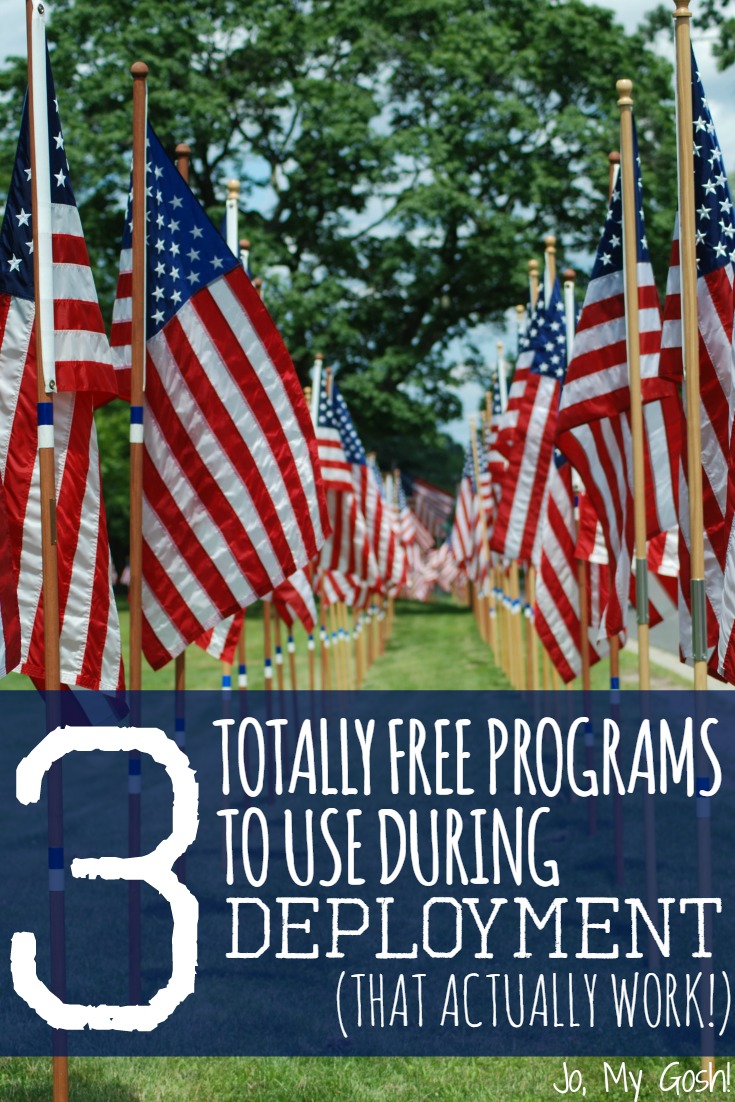 3 Programs to Use During Deployment (That Actually Work!)

There are tons of programs run by nonprofits, businesses, and organizations that are specifically designed to support and help deployed service members and their families

Whether you are the one saying “I do” or a guest, a military wedding is something incredibly special. There’s just something spectacular about the pomp,